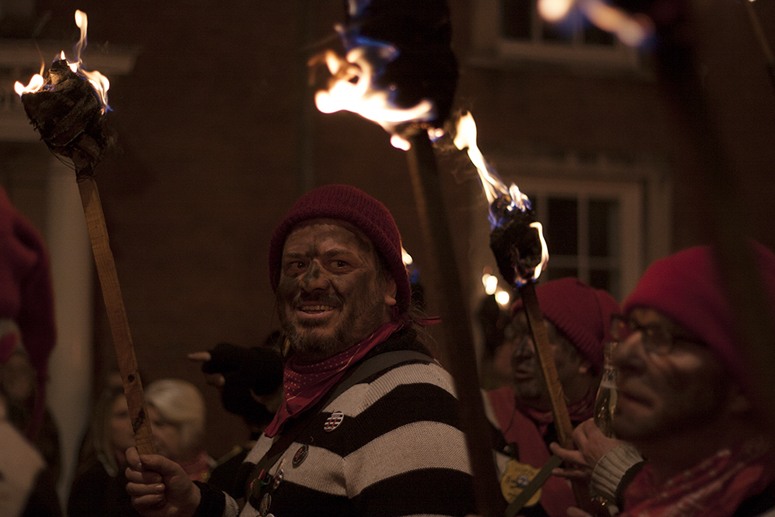 After a week off, Festival Friday returns. We’ve left behind carnival revelry to explore one of the most unique traditions of the Anglo-Saxon world, Bonfire Night. My sister Caterina Ragg brought us this wonderful photo essay of firecracking fun in the tiny market town of Lewes, home to one of the UK’s biggest Bonfire Night celebrations. Here’s Lewes Bonfire Night! 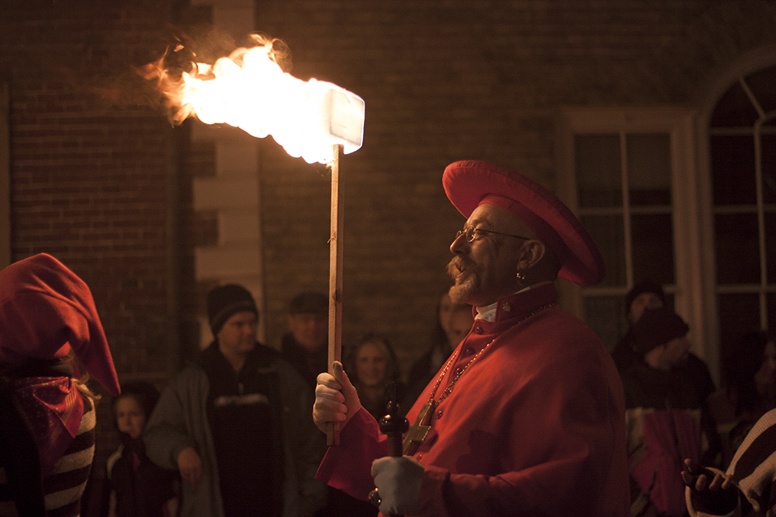 Remember, remember, the Fifth of November

I see of no reason

Should ever be forgot.

If you’re from the UK, you have probably grown up singing this rhyme. Otherwise, you’ll probably be familiar with it from the movie V for Vendetta. Most of you will know the tale of Guy Fawkes. In the early 17th century, Fawkes was part of group of Catholics who planned to blow up the House of Lords, in a plot to murder King James and restore a Catholic ruler to the throne of England. Fawkes was in charge of guarding the gunpowder. Thanks to an anonymous letter, the plot was discovered and Fawkes was caught and tortured before he committed suicide to avoid being hanged.

Since then, the tale has assumed a two-fold significance. Bonfire Night has been celebrated yearly since the failed assassination attempt, to celebrate the survival of King and state. Over the years, the celebration has assumed anti-Catholic and Nationalist meanings; citizens paraded around towns lighting bonfires, burning effigies not only of Fawkes and the other plotters, but also of the Pope, the Devil and Roman god Pluto. Importance of the celebration has risen and fallen over the centuries. Nowadays, it has lost most of its political undertones, becoming instead an occasion for public gatherings and to spend time with family and friends.

However, for a few years now, Fawkes has become a symbol for revolution and civil disobedience. The man who was seen as a villain has become a hero. Thanks to the comic book and film V for Vendetta, featuring an anarchist revolutionary in a Guy Fawkes mask, Fawkes has become an icon for many 21st century uprisings and protest movements, from the Arab Spring to Occupy Wall Street.

The town of Lewes in East Sussex now hosts the UK’s biggest and most spectacular Bonfire Night celebration. Besides celebrating the failure of Gunpowder plot, Lewes also commemorates the memories of seventeen Protestants killed for their faith. There are six societies in Lewes organising firework displays around the city. Displays feature burning tar barrels, burning effigies and crosses, as well as banners surrounded by firecrackers. Crowds carry fiery torches. Many people wear smugglers’ uniforms, striped jumpers and white trousers. The town feels sombre during the main procession, the ghostly silence broken only by random firecracker explosions. Displays continue through the night; the atmosphere becoming more and more joyful as the time goes on. The town is lit as if it were day by flaming banners and torches. Burning effigies of Guy Fawkes and the other plotters have been replaced by the villains of today; Margaret Thatcher and Bashar Al Assad, David Cameron and Kim Jong Un.

At the end of the night, smoke drifted from the corners, a chilly wind blew sharp from the channel. The street lights were off. For an instant, I had forgotten where I was.