Our time in Africa is almost up – yet, before filling this space with lots of content from South Africa, Lesotho, Namibia and more, we’ll be heading to the Central Italian region of Marche (also known as Le Marche) for a two-day adventure between sea and hills.

Our Marche itinerary will be a surprise – so far I only know we’ll be road tripping between Senigallia, one of the most famous seaside towns in the region, and Corinaldo, a medieval village on a hilltop surrounded by walls, mountains… and vineyards!

Our visit is the final instalment of Marche Express, a relay-style road trip that started in mid-May – bloggers, instagrammers and journalists from all over Italy have been touring the region from top to bottom in a shiny red Fiat Cinquecento, alongside Marche-based influencers acting as local guides.

I love the idea of having a local guide, especially because we don’t know Marche very well at all – we’ve only visited a handful of times and most of the region is a complete mystery to me. Which is weird, because I’ve travelled the width and breadth of Central Italy – from places like Perugia and Gubbio in Umbria, to the Tuscan mountains and the Apennines between Romagna and Tuscany.

Hoping that this visit will be followed by many more, I’ve decided to showcase some of the beauty of Marche in 12 Instagram pictures, choosing one from each stage of the Marche Express road trip so far. If you want to know more of what the region has to offer, search #MarcheExpress and #viviAMOleMarche on Instagram and keep watching this space for our post as soon as we return from the road trip!

The Marche Express road trip kicked off with a two-day jaunt around Ascoli Piceno, also known as ‘the city of a hundred towers’, and nearby towns Offida, famous for its lacemaking tradition, and Ripatransone, home to Italy’s narrowest alleyway.

Ascoli is also known all over Italy for ‘olive all’ascolana’, a street food specialty of stuffed and fried olives, usually filled with meat but with veg options also available.

After Ascoli, the Fiat Cinquecento headed south to San Benedetto del Tronto, a coastal town in the southern part of the region, close to the border with Abruzzo. The road trip also covered some smaller nearby towns like Cupra and Grottammare

I must admit that I knew absolutely nothing about Fermo before following #MarcheExpress, but this picture by @vatineesuvimol made me want to visit – I love the contrast between the dark stone of the buildings and the airy, elegant bridge connecting the two sides of the street, vaguely reminding me of the Bridge of Sighs in Venice!

Another reason to visit Fermo is the Escape Room game in the Roman Cisterns, an underground reservoir dating back to 2000 years ago. The road trip also included the elegant seaside town Porto San Giorgio and Torre di Palme, a scenic hilltop village. Read more about Fermo and surroundings here!

Insta shots from the first three stages of the road trip showcased a lot of small towns, local food and picturesque corners – but for the fourth instalment, the red Fiat Cinquecento made for the mountains! This shot by @marikamarangella was taken on the shores of Lago di San Ruffino near Amandola – an area that was heavily hit by last year’s earthquake, where tourism can make a real difference.

When I first saw this picture by @alessiosanavio, I thought I was looking at somewhere like Faroe Islands – in fact, it’s a shot from the Sibillini Mountains, a section of the Apennines in the central part of the region, not far from Amandola. The Sibillini are a famous hiking destination, meaning we definitely need to visit sooner or later.

Back into the city with @giuliotolli who captured this stunning room of Palazzo Buonaccorsi in Macerata, one of Marche’s main cities. This specific fresco takes inspiration from the Aeneid, Virgil’s epic poem about a Trojan who travelled to Italy and became the ancestor of the ancient Romans. The sixth section of the road trip also covered Treia and Montecassiano besides Macerata – you can see more awesome shots here!

By stage 7, the road trip had reached the part of Marche I know best, so I enjoyed seeing places I love through the eyes of other travellers. One of the places covered was Loreto, home to one of Italy’s most famous churches dedicated to the Virgin Mary, an intense and moving place to visit even for non-believers. Yet, I decided to share this shot from Porto Recanati – there’s nothing that spells ‘summer’ more to me than sunset aperitivo on the beach.

Onwards to Mount Conero, the location of my very first Marche trip! Conero is located right on the coast, breaking the flat landscape typical of the Adriatic coast, and making for some truly scenic coastal hikes. This pic was taken by @ilarysgrill, the creator of the Marche Express project – as a Marche local and top instagrammer, her profile is a real source of inspiration for anyone looking to travel in the region. The road trip also included Sirolo, one of Italy’s best beaches, and Osimo, the same place where we enjoyed an amazing underground tour a few years ago. Read more about Conero, Sirolo and Osimo here!

When we were invited to join the project I was secretly hoping we would be assigned to the road trip covering Frasassi Caves, a place I wanted to visit for a very long time. However, the lucky blogger was @manuelavitulli who took this great shot of Tempio del Valadier, a small chapel built right on the cave entrance.

As an avid drone user I couldn’t help but share this aerial shot of Fossombrone, a town located in the north of the region. Sadly, @aivenn crashed his drone just after this flight, but if you head to his insta profile you’ll see some spectacular captures of Fonte Avellana and Gola del Furlo, the other locations covered during this stage of the journey.

After Fossombrone, the Cinquecento kept heading northward to Urbino, known for its lively student population and for Palazzo Ducale, the subject of this night shot by @sacrisimo.

Pesaro is where Marche and Romagna meet, where you’ll find beaches, tasty seafood and awesome sunsets like the one in this picture by @adix84, portraying a seaside sculpture by Italian artist Arnaldo Pomodoro. 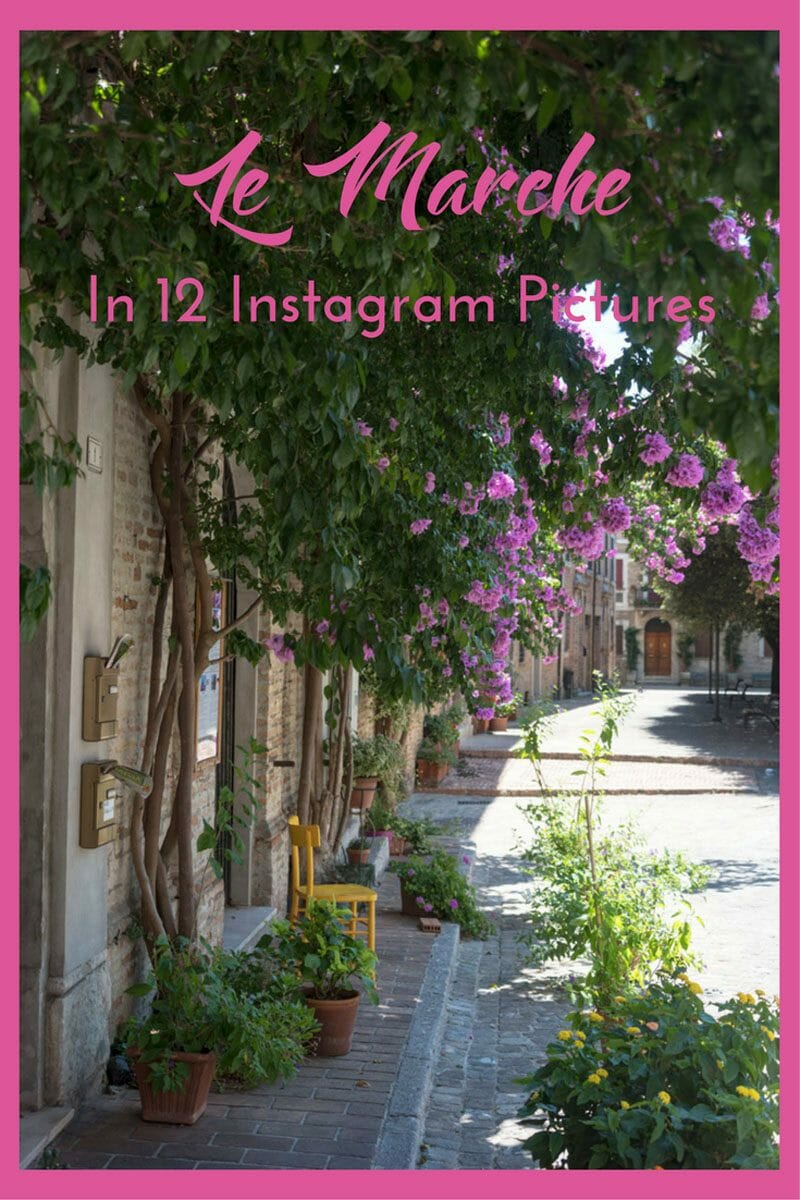 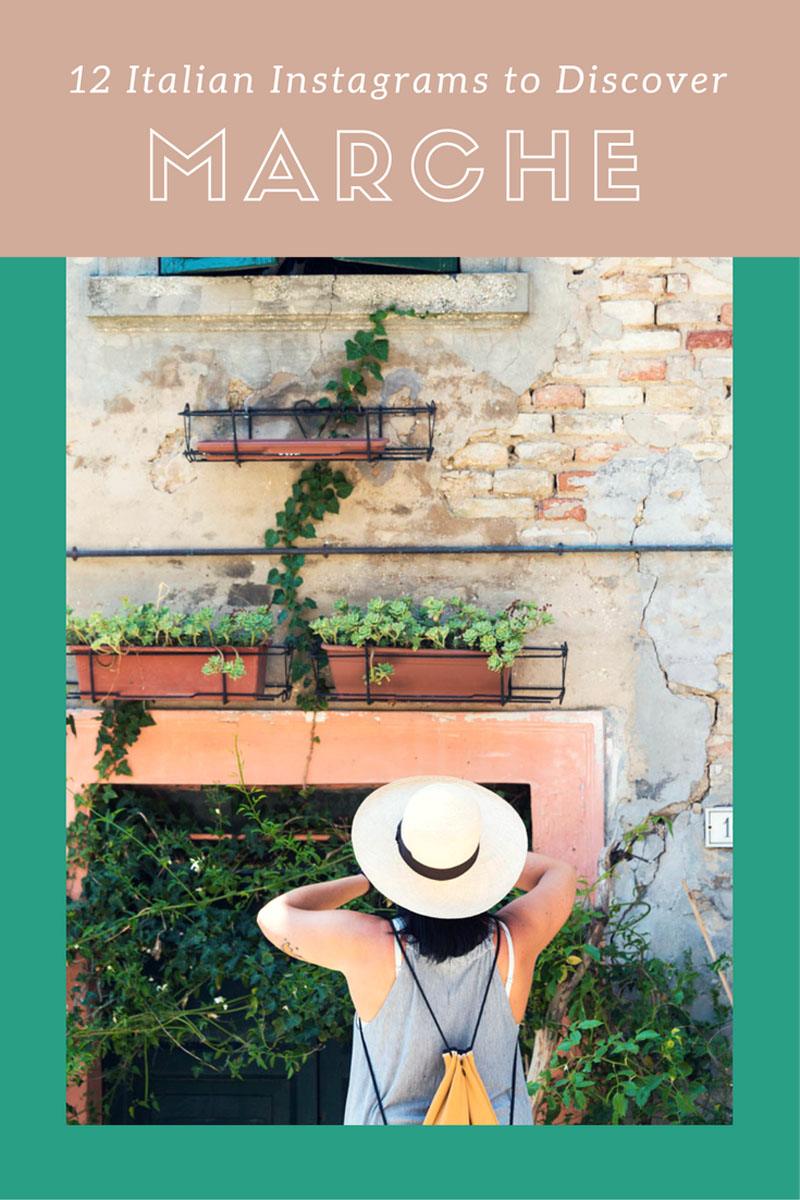 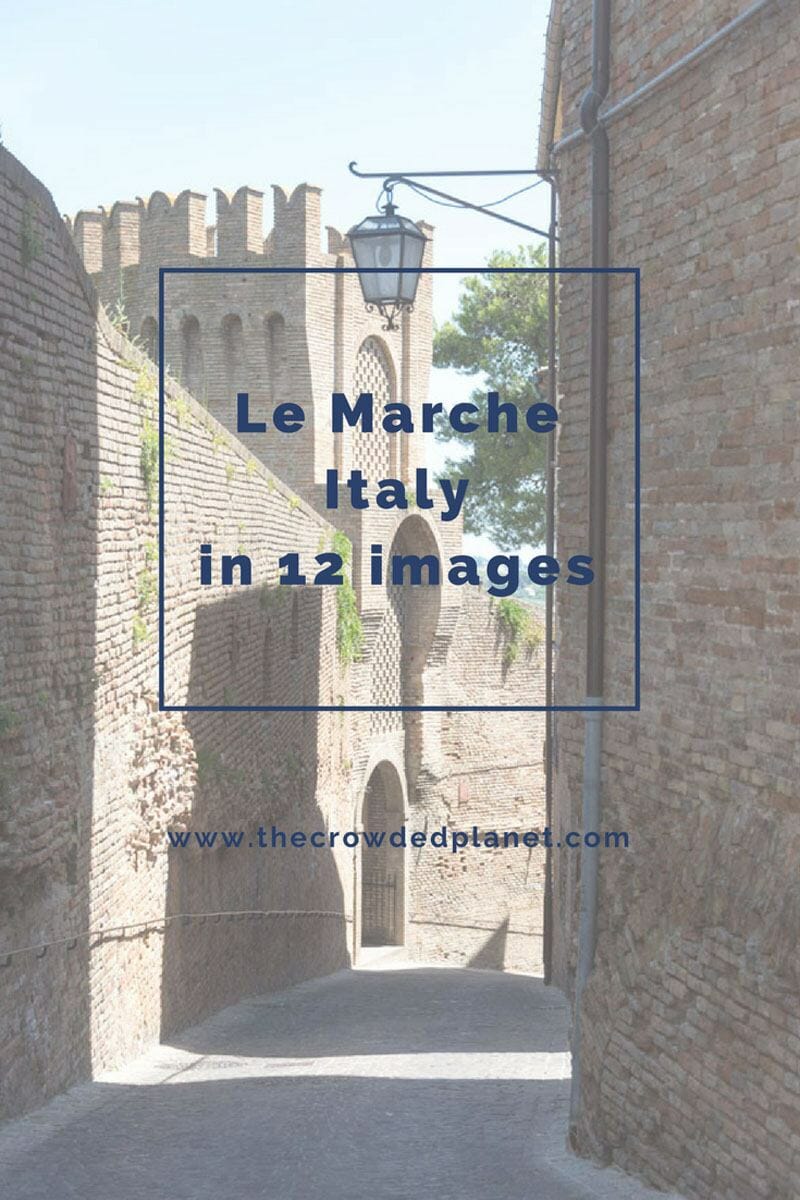 5 Free Places to Visit in Jerusalem
Next Post: Amazing Things to do in Plettenberg Bay and Tsitsikamma