After a little break we’re back with more stories about our summer hike in Finland from Porvoo to Turku and Åland. How about sleeping in a lighthouse in Finland? Here’s the tale of our night on Bengtskär, a tiny islet in the Baltic sea.

Sometimes you fall in love with places even before visiting. As soon as I saw a picture of the Bengtskär lighthouse on a brochure during last year’s ITB travel fair in Berlin, I knew I had to go there.

One look at the brochure was enough to etch all details firmly in my mind. There was a grey granite house, three stories high, with a large round window on the top floor. The lighthouse tower was tall and slender, tapering ever so lightly at the top. It sat on a small rocky island, perhaps one hundred meters across, with some red wooden huts scattered around the main building.

I imagined details. Paint peeling from the windowpanes. The tang of seaweed in the air. The sea breeze, and how it sticks to your skin.

Walking across Finland, I revisited the image of Bengtskär I kept in my mind. The closer we got, the more and more real it became, until I could almost feel as if I was on the island. I counted the windows – three up, four across – and wondered how it would be, to spend the night there. Would it ever get dark? Would we feel cold, surrounded by nothing but wind and waves?

When the day came, I could barely control my excitement. We sailed from Hanko, on the beautifully-named MS Summersea. I scanned the horizon frantically, and thought I glimpsed the silhouette of the island at every other turn, on the hazy horizon.

I didn’t want to miss a single second of that day – I tried to record every detail in my mind, to turn the picture of Bengtskär I held into my mind into a movie that I could play over and over again, even after having left the island I already loved so much.

We sailed through the mist, until eventually, the lighthouse appeared. I already knew what it looked like – but somehow, I always focused on the building, and didn’t think of the island itself. The island of Bengtskär was even more beautiful than my dreams of it. We landed on a smattering of granite rocks, streaked with the pink hue of Southern Finland. Waves crashed on the rocks, exploding spray. The sea changed colour with the passing clouds. One moment, it was slate grey, then military green, deep cobalt blue, then glowing like quicksilver.

Every so often we had to watch our steps to avoid stepping on nesting eider ducks. There are up to 300 nests on the island each year – by then, most of the chicks had already hatched, but a few dozen ducks still sat in their nests, hard to make out between the grasses and reeds. Their straight beaks lent them an aristocratic appearance – a kind of Roman profile.

After climbing a few steps, the lighthouse came into view. First I saw the building, then the tower – my gaze climbed upwards, following each of the nine windows, until it reached the top where I could imagine the giant prism drawing rainbows under the shining sun, that every so often appeared from the fast-moving clouds.

All in all, we spent just over 24 hours on Bengtskär. It sounds like ages, on a tiny island that can be walked in less than 5 minutes – but there was so much to explore. We sat around the water pools among the rocks, looking at tadpoles and tiny fish and the waving tops of seaweed plants, bright green against the dark blue of the water.

There was so much life, even where we least imagined it. For over an hour, we looked at the lichen on the rocks – rust yellow, penicillin green and metallic grey, drawing intricate patterns on the granite, as exquisite as fine lace.

Nature’s creations were intertwined with the creations of men, on this rocky outpost. The Bengtskär lighthouse was built in the early days of the 20th century, after several ships wrecked after hitting low-lying rocks in the area. Southern Finland is experiencing the phenomenon of land uplift, the sea is very shallow and there are many uncharted rocks – making it a very treacherous place to sail through, as oftentimes naval charts didn’t show the exact location of all islets and skerries. Granite from the island itself was quarried to build the 52 meter-high lighthouse, that was lit for the first time in December 1906.

At its highest, over 40 people lived on Bengtskär. Several people were needed to operate the heavy machinery that controlled the lighthouse, and they brought their families along. A teacher was moved from the mainland to attend to the children’s education. For the children, the island was their world – they swam to the outlying rocks and dived into the foamy sea, collected sea shells and played hide and seek among the rocks and huts. Some saw the mainland for the first time only when they were 6 years old.

During WW2 the lighthouse was under military control, and it was the scene of a battle between the Soviet and Finnish navy. The Finnish navy repelled the attack, but the Soviet counteroffensive killed seven Finnish sailors. One of the stone steps leading up to the lighthouse tower still bears the mark of a grenade. You can learn about the Battle of Bengtskär in the small lighthouse museum, where staff members hold guided tours.

Walking around the island you’ll find some concrete bunkers dating back to WW2 times – they’re musty, dark and damp, but we braced ourselves and climbed up a rusted metal ladder to get this awesome view of the lighthouse.

On the rocks, between barnacles and lichen, we read names and messages etched by WW2 soldiers. Finnish and Swedish names, with dates, numbers and hearts. In the space of few years, joy and childhood had been replaced by war and death.

The decline of Bengtskär began at the end of the war. After repairs were completed, the lighthouse keepers returned in shifts, leaving their families on the shore. Little by little, their tasks were automatised and by the late sixties, there was no longer any need for people to stay on the island full time. The lighthouse stood empty, surrounded by the elements, falling victim to vandals who defaced the lighthouse building.

In 1995, renovations were completed and the island was opened to tourists. It can be visited on a day trip from Hanko, Rosala or Kasnas, or it’s possible to stay overnight – something we highly recommend. Accommodation is in the reconverted lighthouse keeper quarters, and meals are served in the cafe – delicious cinnamon buns with coffee, salmon and salads for dinner and a potato bake for lunch.

Our experience sleeping in the Bengtskär lighthouse

During our stay on Bengtskär, the weather changed every two hours. We arrived with sunshine and a few fast-moving clouds. Within the space of a few hours, it got overcast – stacks of cumulonimbus covered the horizon, so grey they were almost purple, and rain fell in a few angry bursts.

I sat in the sauna until my eyes stung, listening to the rain pound the roof of the sauna hut, before running out to dip into a pool among the rocks. Seaweed tingled my hips, the wind blew sharp and rain fell all over me – it was freezing, but I was hypnotised looking at the rain drawing circles on the surface of the pool.

After dinner, the clouds parted and we had a stunning – but brief – sunset. Before the sun dipped below the horizon, a cloud of mist came and hang on the island until the following morning. It was June, so night never fell – and at two in the morning, we sat out on the rocks surrounded by blue and purple mist, watching the lighthouse beam flash in three bursts every twenty or so seconds.

It was hard to bid farewell to the island the following day. After the mist lifted, the sun came out and we circled the island for hours, tracing the profile of the rocks and trying to complete the picture in my mind, so I could explore Bengtskär again and again. I tried to remember even the tiniest details – the way the rocks changed colour when hit by a wave, the shape of the clouds as they dissolved in ever changing patterns.

I stood on the back of the ferry, as we sailed away, looking at the island become smaller and smaller as the waves bounced and I did my best to fight a surge of sea sickness. Finally, the tip of the lighthouse disappeared beyond one of many islands in the Finnish archipelago.

Our time in Bengtskar had ended – yet, in a way, I have never left.

We would like to thanks Benjamin and Cathrina at Visit Kimitoon, Matilda and Niclas at Visit Archipelago, Ilse at Visit Hanko and all the staff on Bengtskar for this wonderful experience. 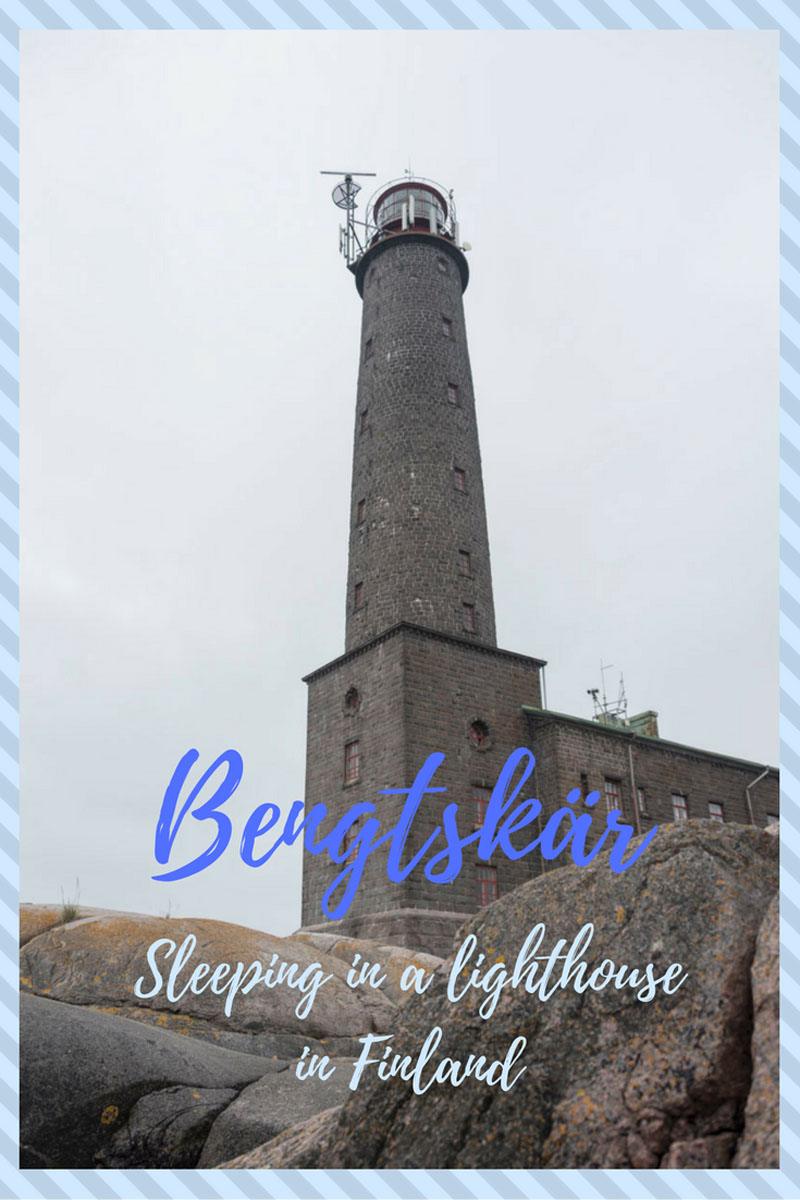 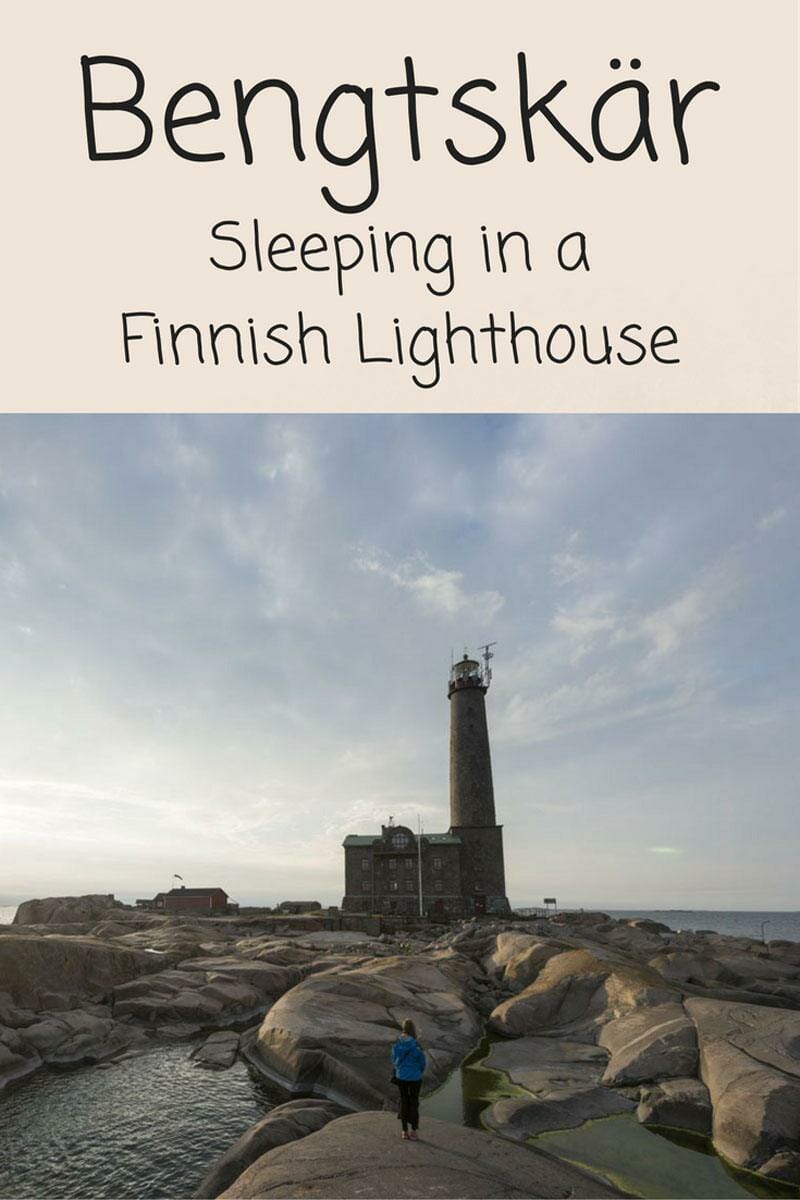 Bear Watching in Finland – The Hour of the Bear
Next Post: Things to do in Moscow for First-Timers