Before we bide farewell to Finland for now, let us take you on a whirlwind tour of 10 weird Finnish events, challenges and pastimes that make Finland one of the most bizarre nations we’ve ever visited (in a good way, of course). Check out the best Helsinki design hotels for inspo on where to stay!

You may have heard of this one. It all started in the 19th century, when a robber named Herkko Ronkainen and his gang mates took the habit of stealing girls as well as food and other wares from the villages they raided.

Nowadays, the tradition has turned into a full-fledged championship, held yearly in the village of Sonkajärvi, in the eastern part of the country. ‘Wives’ are carried down a 235 m track with obstacles; the winner receives the wife’s weight in beer.

Are you also planning to visit Estonia? Here’s our post about unusual day trips from Tallinn!

Yes, honestly. We’re not joking. If you’ve visited Finland in the summer, you’ll know that the air is thick with thirsty bloodsuckers. Mozzies and midges are at their most annoying in the northern part of the country. The Finns, being a practical bunch, turned the necessary into fun, and organized a yearly mosquito-swatting competition in the northern town of Pelkosenniemi.

Basically, the one who swats the highest number of mosquitoes in 5 minutes wins. Presently, the record stands at 21. Doesn’t sound like much, but they’re tricky buggers, aren’t they?

We’ve all played the air guitar at some point, but a championship? Only in Finland. Air guitar championships are organised every August in the city of Oulu.

The championship is made of a series of challenges. The first song is a minute long performance from a song chosen by the contestant. In the second round, everyone ‘plays’ the same song. Points are awarded by judges, in a similar fashion to gymnastics and figure-skating competitions.

Playing the air guitar has become such an obsession that there are qualifying competitions and practice camps all over the country. Rock on!

If you’ve walked through a Finnish forest in summer, you’ll have noticed that berries are everywhere. Lingonberries, blueberries, blackberries, raspberries, sea buckthornberries, you name it. In fact, there are so many berries in Finland that only 5 per cent can be picked each year.

Berry picking is a popular pastime, so popular that – yes, you guessed it – there’s even a team berry picking competition! Held every year in the town of Suomussalmi, contestants have to pick as many lingonberries as possible in one hour. There’s even a prize for the best dressed team.

This is no competition or championship, just a fun day out. Every year, a bunch of people gathers on the river Keravanjoki not far from Helsinki, with rubber boats, bouncy castles, mobile phone-shaped lilos, and any other kind of floating vessel.

The idea of the event is to spend a relaxing day with like-minded folks, floating down the river at a leisurely pace. The route varies every year, but it ranges from 7 to 8 kilometers, taking the whole day to complete. You just need to pack a picnic and – of course – a fair amount of beer.

There are loads of ‘throwing’ competitions around Finland, from milking stool to baseball cap and welly-throwing competition, but the coolest and most quintessentially Finnish of all has to be mobile phone throwing, held in the town of Savonlinna in summer.

The winner is the one who throws the phone furthest. The challenge seems to represent the Finnish spirit, combining recycling with fun. Not surprisingly, the record holder is a Finn, with an impressive 94 meter throw.

I’m sure you saw that coming, if you’re familiar with the Finnish penchant for sauna. If you’re not, check this article to get an idea of what a Finnish sauna is.

The sauna contest is a test of endurance. Competitors have to endure as long as possible in a steaming-hot sauna, with a starting temperature of 110° Celsius. Ladlefuls of water are thrown every 30 seconds on the hot rocks, raising the temperature further. There are very strict rules regarding seating arrangements within the sauna and the swimsuits that contestants are allowed to wear.

The World Sauna Championships have seen Finns triumph regularly. They were challenged by Germans once, another community of sauna lovers – but they retreated back to the Fatherland with der Schwanz between their legs.

Finland may not be one of the top footballing national teams, but it surely wins the prize for imagination when it comes to weird versions of the game.

In winter, snow football is played in the northern part of the country, on a field covered in deep snow. And summer? It’s time for swamp football, one of the toughest sports ever. It is played in a bog, players sinking in knee-deep mud. It was originally developed as army training, but is has since become a sport of its own right.

The world championships are played in the Pölhövaara mountain swamp. For some reason, though, the world swamp football headquarters are in Scotland.

When was the last time you saw someone mowing a field with a scythe? Head to Liminka, near the beautiful birdwatching area of Liminka Bay, in time for hay mowing competition, to see a bunch of wannabe grim reapers mowing a field like our great-grandfathers did.

Each participant is given a scythe and an area of lawn to mow. The winner is determined by a combination of factors; speed, style, honing of the scythe and final result.

10) Sitting on an ants nest

Well, this one has to be the weirdest ever. Why would you want to do that? Luckily for many a sore bottoms, this is not a fully-fledged competition. Rather, it’s an informal challenge that happens all over the country in summer.

The rules are simple. Find a friend. Find two ants nests. Bare your buttocks and sit on them. Whoever stands up last, wins. Why? I mean, WHY? Only the Finns! 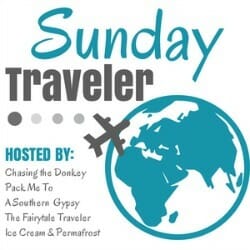