Welcome to our first post about Japan – anime Tokyo! After visiting Moscow and St Petersburg and enjoying a stopover in Finland (bear watching anyone?) we flew to the land of the Rising Sun with Finnair. Our first experience in Tokyo was a manga and anime tour of Akihabara with Context Travel – one of the best tours we’ve ever taken! 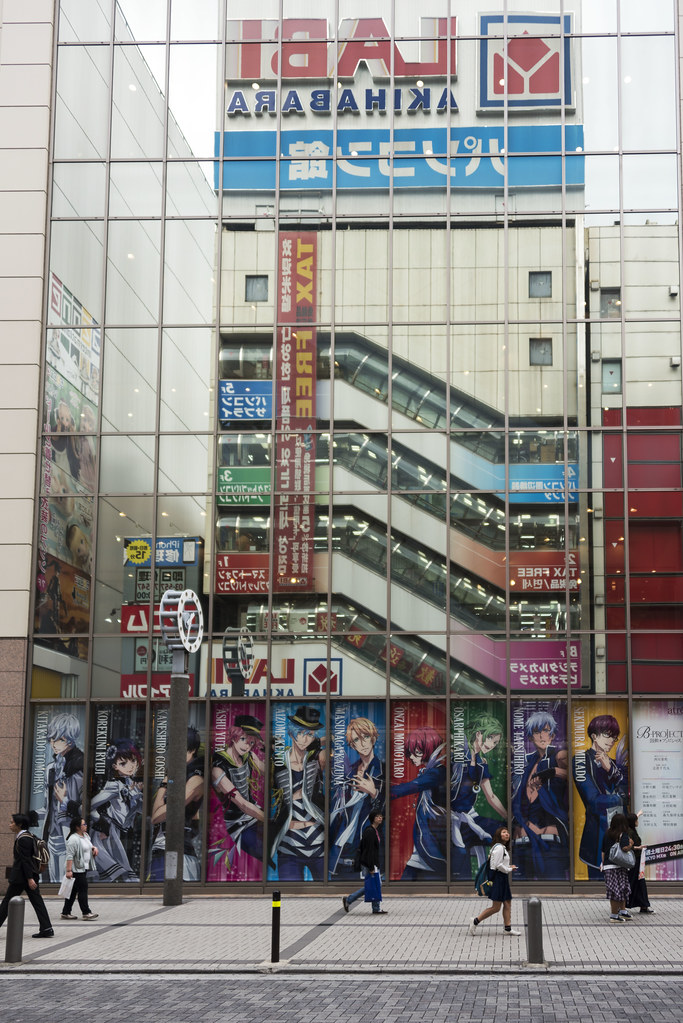 Japan has been at the top of my travel dream list for as long as I can remember. Ask pretty much any Italian born in the 1980s about their travel bucket list, and Japan is likely to be mentioned. The reason is simple – we all grew up with Japanese anime and manga. 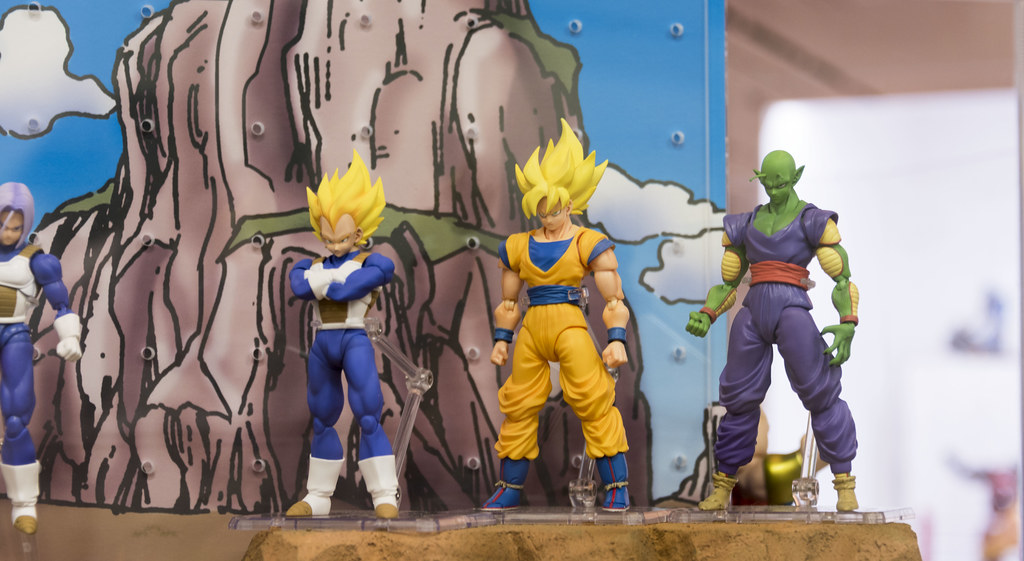 Just like thousands of girls my age, I took up volleyball after watching Attacker You! My carnival outfits (remember, we don’t do Halloween in Italy) were always manga-inspired – one year I wanted to look like Sailor Moon, another year I wanted to be Shan-Pu from Ranma 1/2. I even got my first introduction to sex after watching Orange Road, a Japanese anime that – despite being heavily censored – was still kind of racy, and streamed on prime-time TV in the late 1980s. 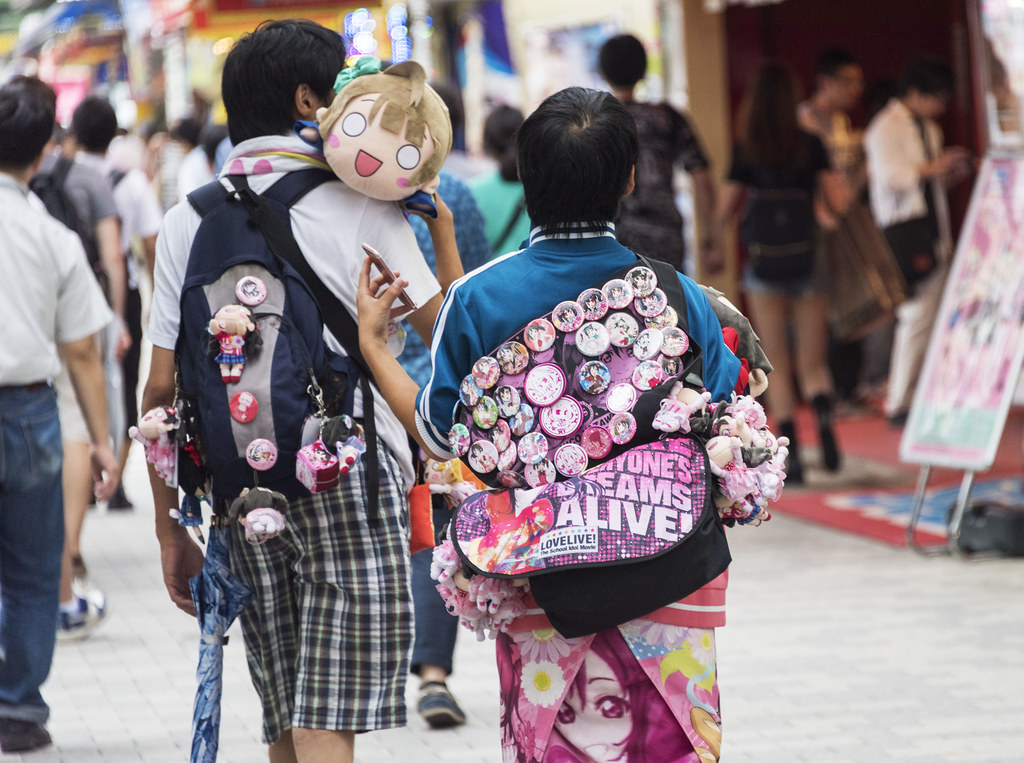 That’s why, when we visited Tokyo, Akihabara was at the top of my list. This district in central Tokyo is the heart of Japanese pop culture – its streets are lined with manga stores, games arcades, maid cafes, electronics department stores and shops dedicated to all kinds of merchandise, from Eighties video games to airplane models and cosplay.

The Otaku World and Akihabara

Akihabara (Akiba for short) is also one of the favourite destinations of otaku – a fandom subculture that is very prevalent in modern-day Japan. Otaku can be translated as fanboy/fangirl, but the phenomenon is far more complex. 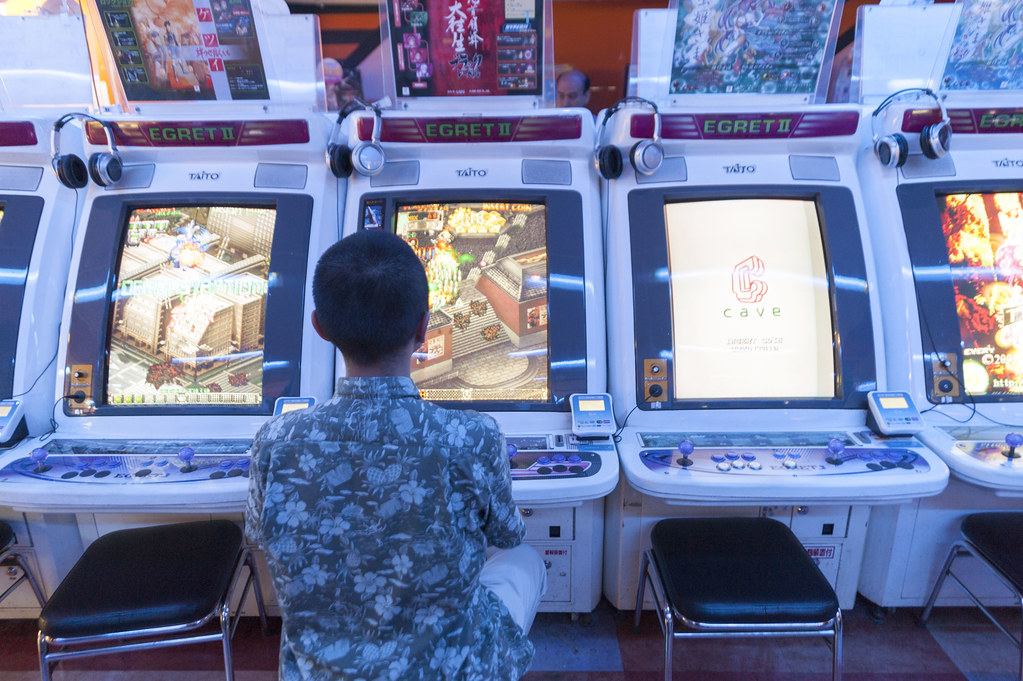 Otaku fandom reaches levels that we would describe as obsessive in the West – but in Japan, it is mostly seen as socially acceptable, and millions of people describe themselves as otaku. Their interests take many forms, from idol groups to trains, from electronics to life-sized dolls. 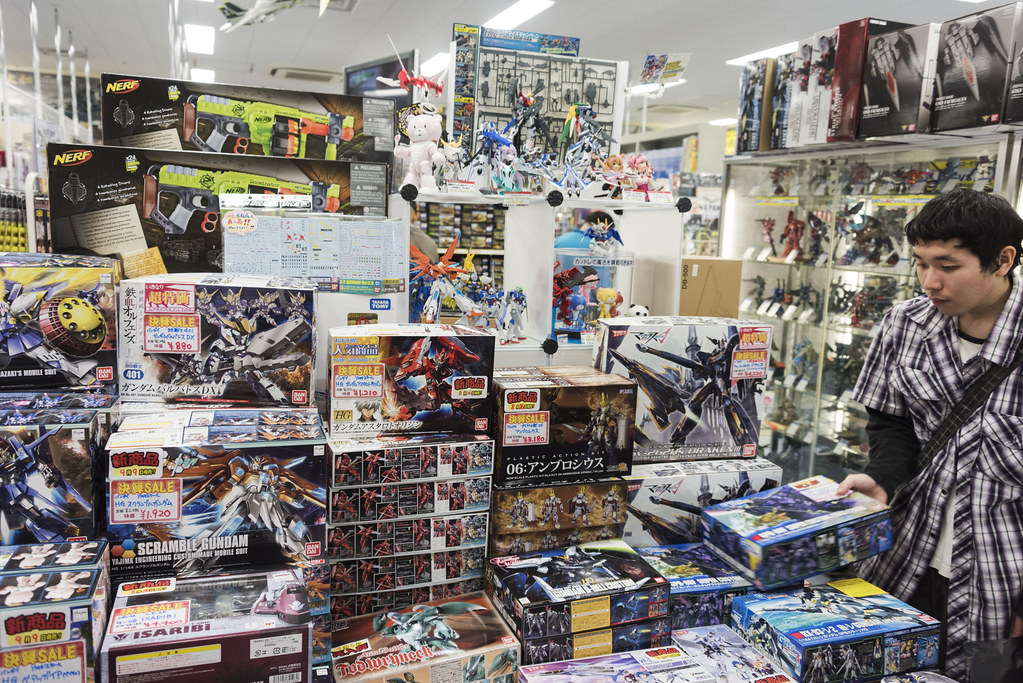 A walk around Akiba offers the chance to get a glimpse of otaku culture, but it will be hard to understand it, coming from a Western mindset. And without understanding, judging becomes very easy. That’s why we decided to join an otaku-themed tour of Akiba with Context Travel, led by Thomas, a PhD student in computer engineering who spent the last 4 years in Tokyo. 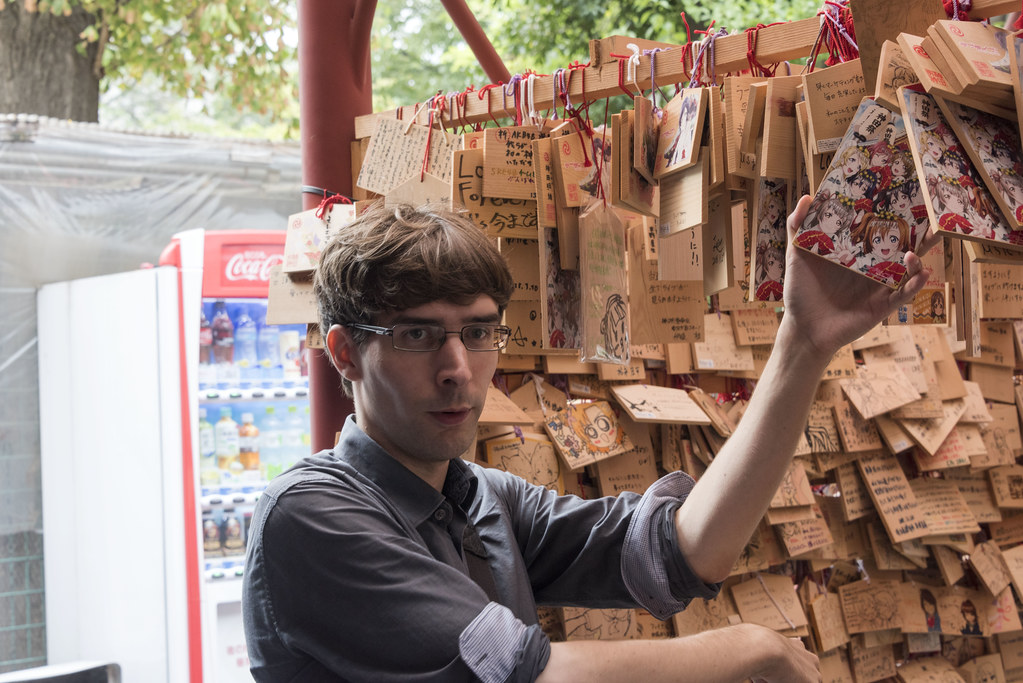 The tour began opposite the AKB48 theatre, dedicated to the most popular band in Japan. Unlike most bands, AKB48 doesn’t have set members – rather, there are several ‘teams’ of girls who perform in turns. Girls (usually in their teens) take part in an X-Factoresque talent show, and the winners get to join the band for a few years. Around the time when they hit 20 they ‘graduate’ (meaning retire) and are replaced by younger girls. 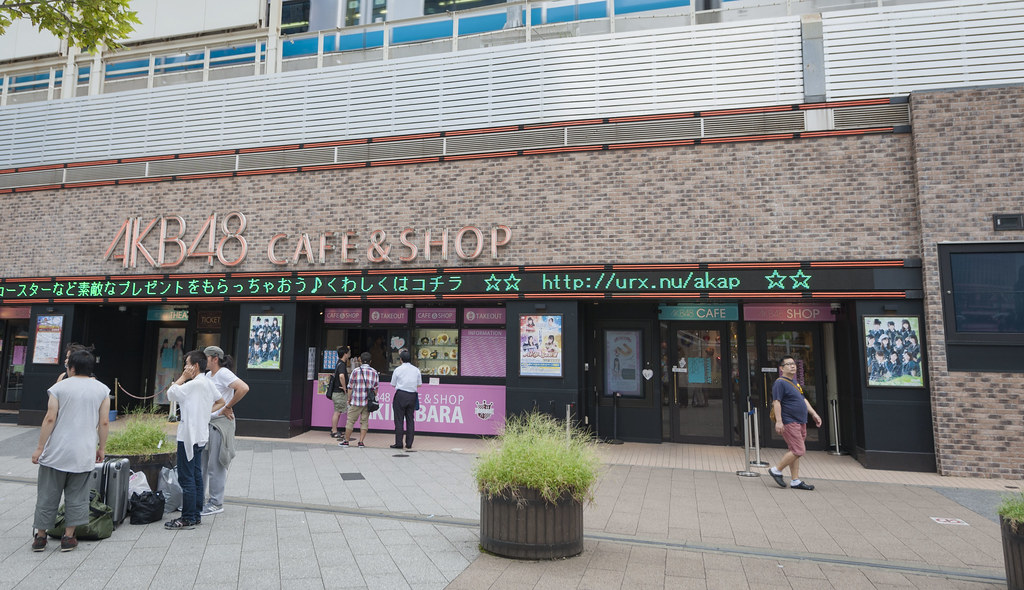 The idea behind the band is ‘idols you can meet’ – AKB48 have their own theatre where they perform daily. Tickets are sold via a raffle system, and they’re in very, very high demand. Fans often have to try for several days before being able to attend a show.

Thomas explained that the vast majority of AKB48 fans are Japanese middle-aged men, attracted by the innocent, angel-like image of AKB48 girls. While they are in the band, girls are not allowed to date and are expected to be ‘well-behaved’ – or else they will be expelled. 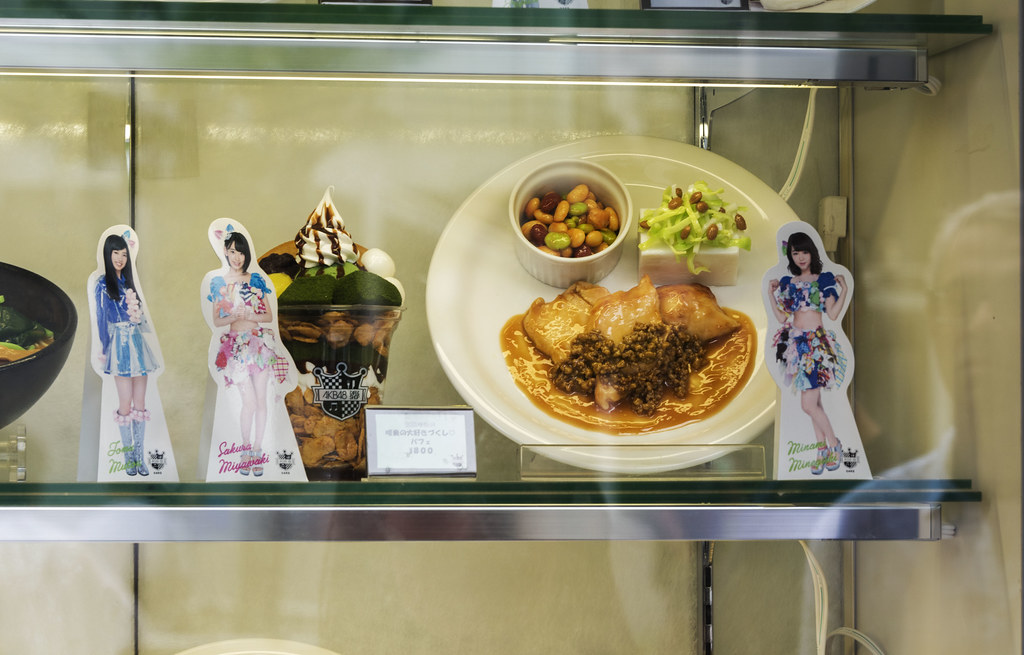 There’s also an AKB48 cafe in the theatre building. We had a look at the menu and obligatory sampuru (plastic food samples found everywhere in Japan) – the dishes were all very cute (or kawaii, as they say in Japan). Think pancakes with bunny ears and burger buns with bird face. Ah and by the way, if you’re into Kawaii stuff, did you see our post about Okunoshima, Japan’s Rabbit Island?

In fact, Akiba is full of themed cafes – right next door to AKB48 there’s Gundam, dedicated to the famous robot manga series, and while walking around after the tour we found Eorzea, the Final Fantasy cafe. 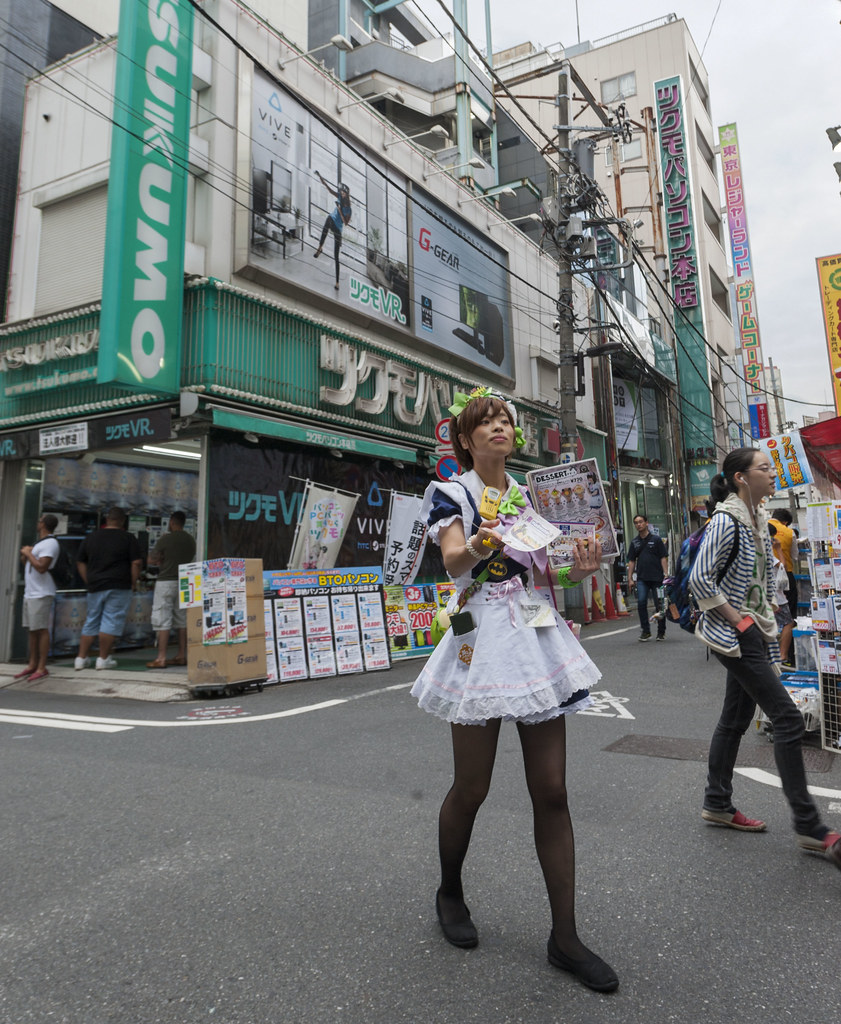 Thomas led us to an underground passage with some display cabinets. Behind the glass there were incredibly detailed reproductions of manga characters – including Dragonball Z and Sailor Moon, two of my childhood favourites. ‘These are the new releases, they’re not available yet, you can just pre-order them’ Thomas said. I had a look at the prices and gasped. Some were in excess of 10,000 yen – almost 100 euro. 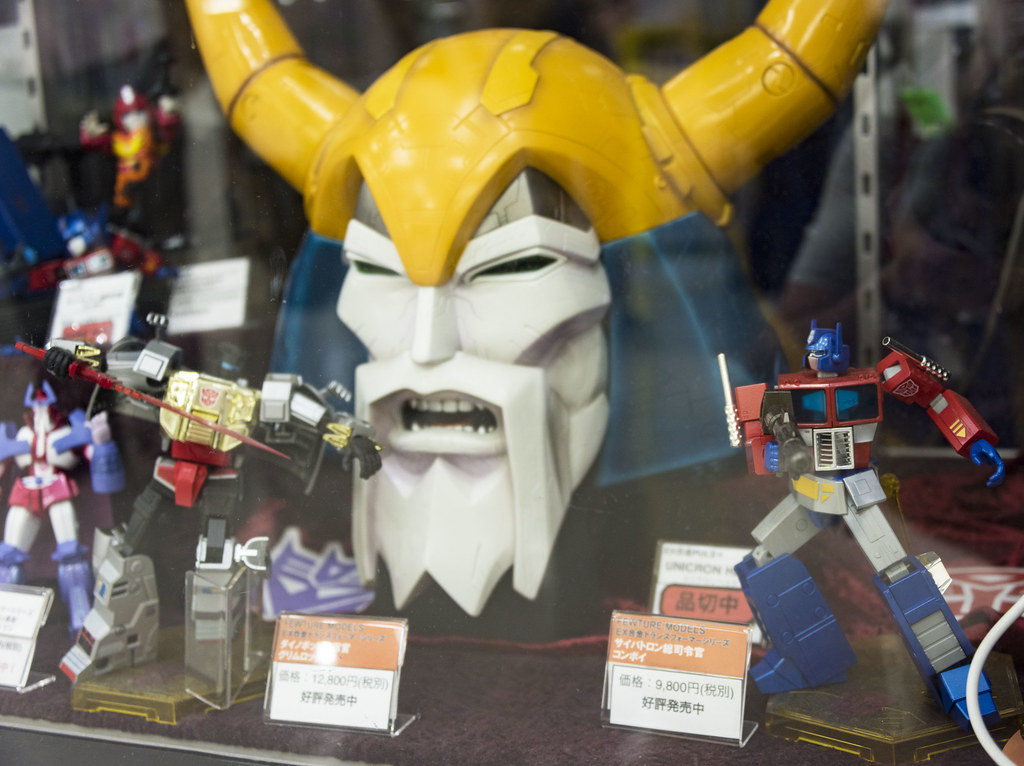 ‘Otaku will spend thousands on their hobbies’ Thomas added. ‘We usually think of manga and anime as children’s hobbies, but otaku tend to be professionals, for one simple reason – it’s expensive to be an otaku.’

This became even more obvious during our next stop, on the top floor of Radio Kaikan, a department store symbol of Akiba’s pop and tech culture. Thomas explained that the store had been at the forefront of trends since it was opened in post-war times. Tokyo was bombed to the ground during WW2, and while the city was being rebuilt Akiba became a popular place to get electronics. 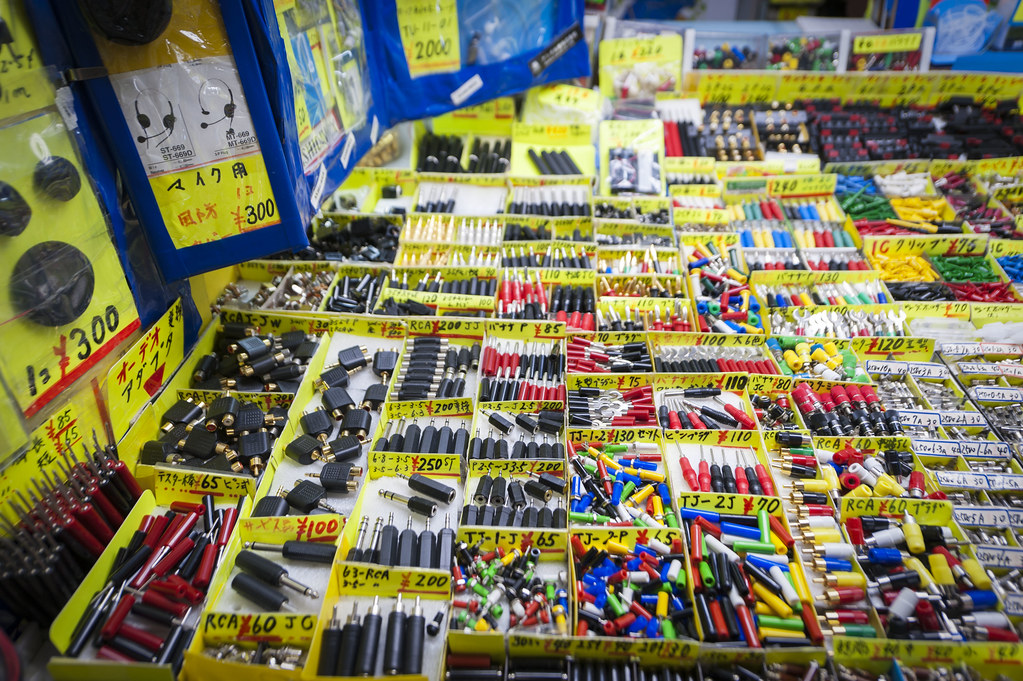 Over the years, electronics were replaced by videogame arcades, manga bookshops and stores selling Otaku stuff – and Radio Kaikan is a perfect example, with only a few elderly electronics sellers surrounded by a sea of otaku merchandise. 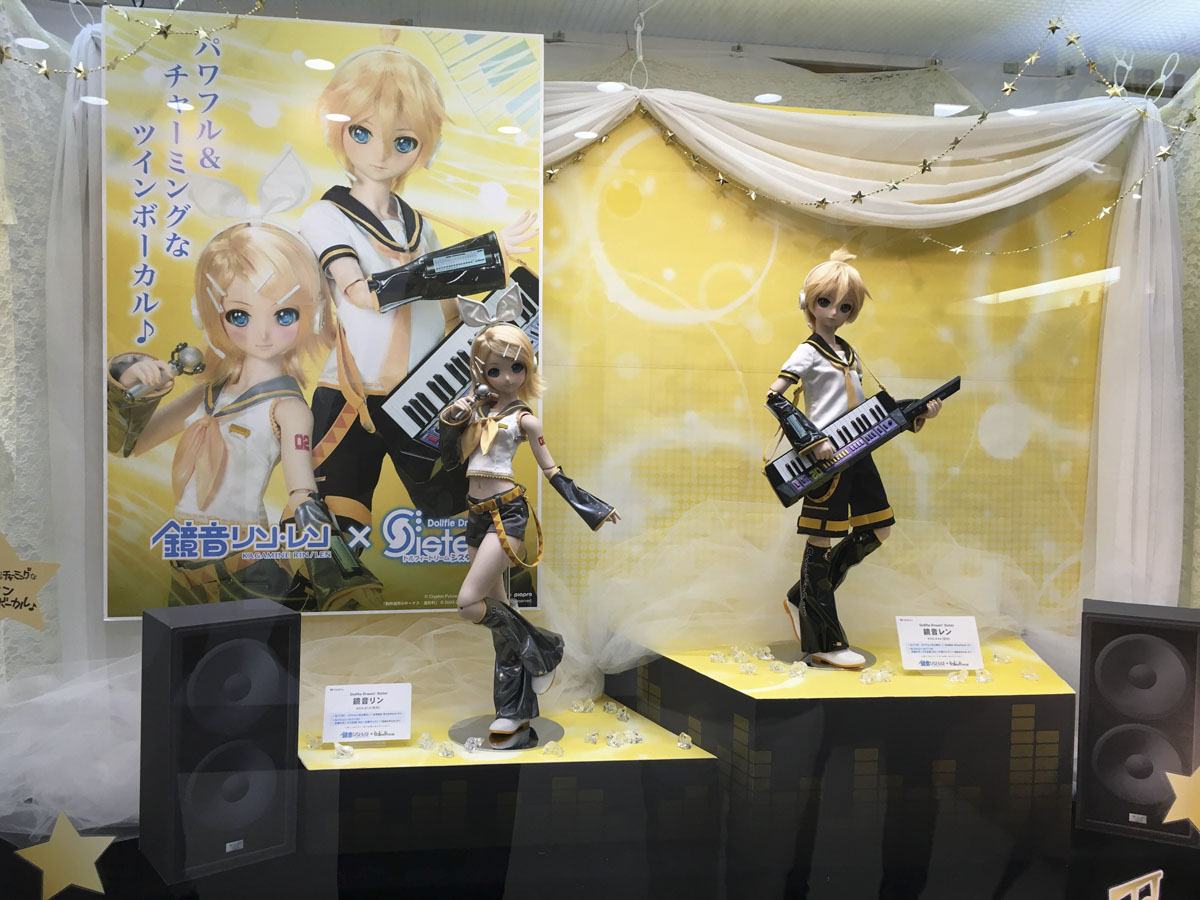 We entered a doll store, selling exquisitely made, customisable dolls. They were about 50 centimetres high, and it was possible to have one made from scratch – choosing not only hairstyle and eye colour, but also skin shade, makeup, head and body shape. Dozens of doll outfits were also for sale, including teeny underwear and bikinis. 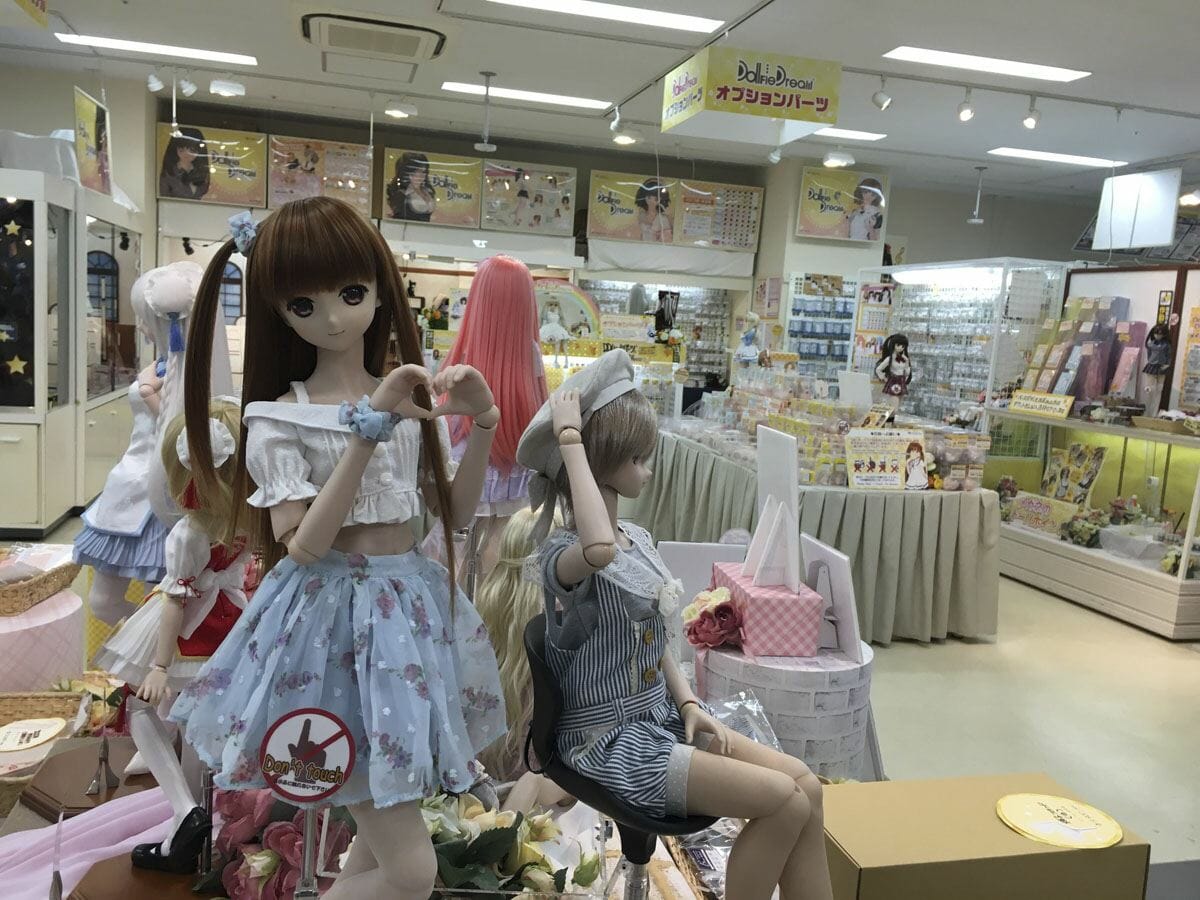 Thomas showed us some albums with pictures of people that took their doll ‘travelling’ – there were images of dolls under the sakura blossoms, opposite the Eiffel Tower, on the beach, sitting at a cafe and more. Every detail in the shot was carefully studied – the pose, the lighting, the outfit. 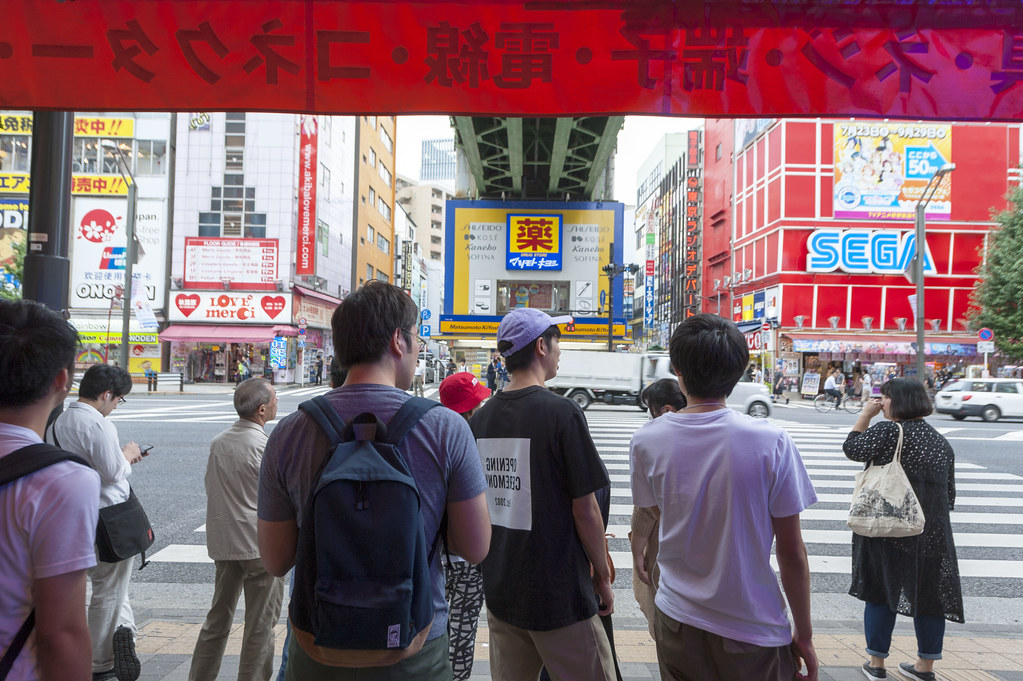 In the shops there were also some photo sets, free to use for people to take pictures of their doll. We saw a girl in her early twenties setting up her doll in an autumn set with flaming momiji, carefully positioning the doll’s tiny limbs and drilled skirt.

The whole department store seemed to be made up of themed stores dedicated to a certain kind of otaku. Right next to the dolls there was the train section, selling not only model trains and railway tracks, but also DVDs (some of them hours long) about specific railway lines. Apparently, the DVD weren’t documentary-style movies detailing the history and engineering behind railway lines – they just showed footage from inside the train and the windows, hours and hours of it.

‘That is nothing’ Thomas added. ‘At otaku conventions you can also find CDs with train noises.’ 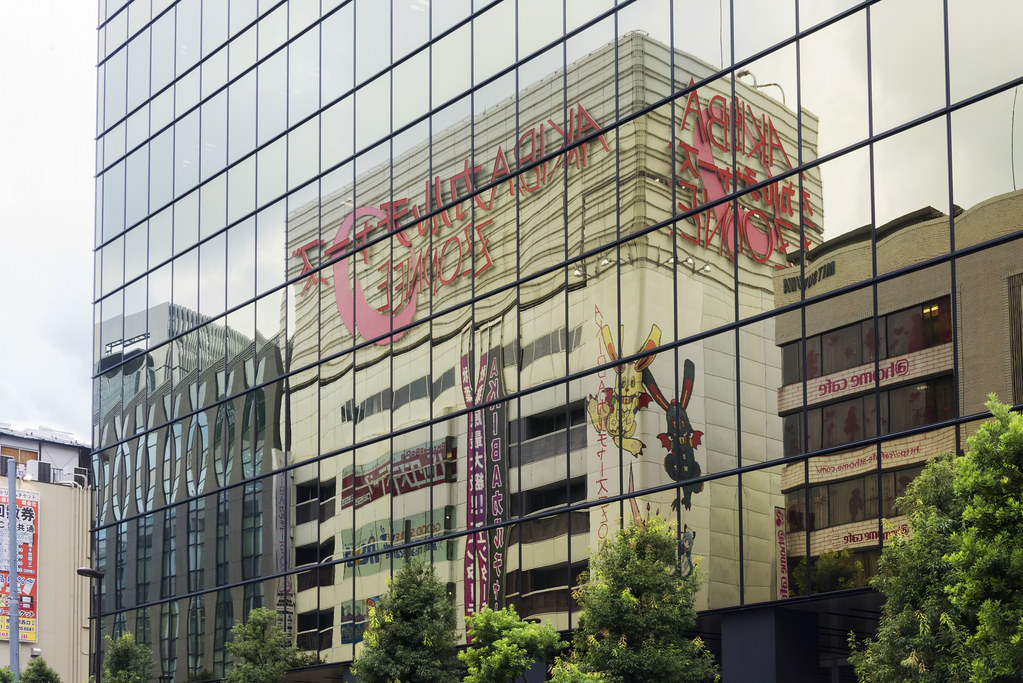 Another shop sold replica weapons, including huge and very expensive machine guns. ‘Yes, being a military otaku is also a thing’ Thomas explained.

There are two historical periods that specifically attract otaku. One is World War II, perceived as the time when Japan and its army reached the peak of their power. There’s even a popular game/manga/anime/film, Kantai Collection, where the protagonists are naval warships personified as pretty girls. 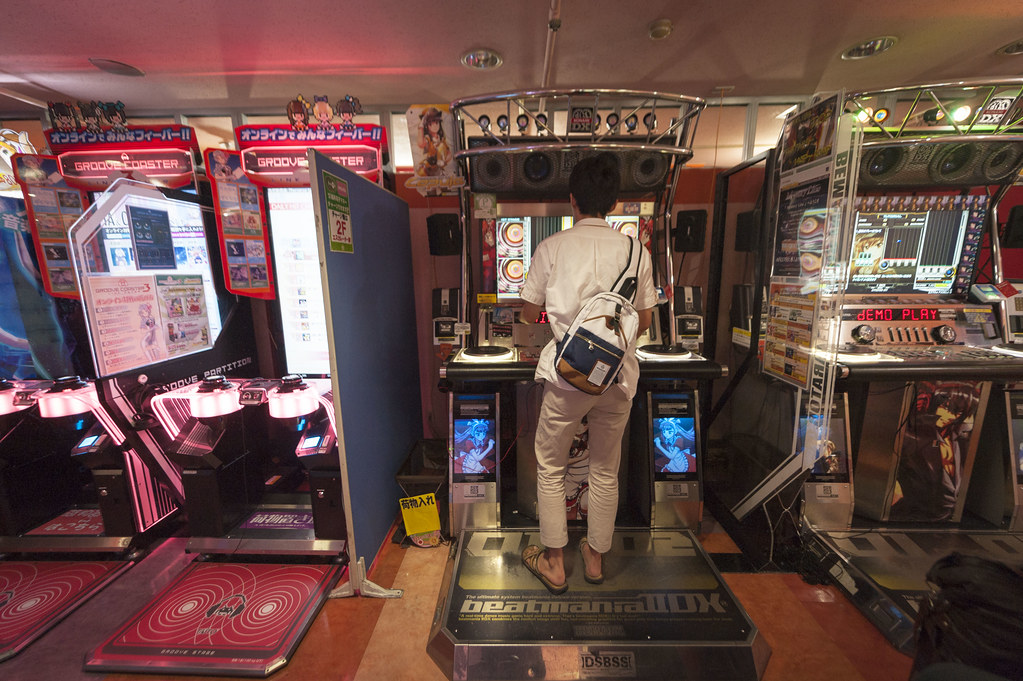 The other period is the 1980s, when Japan was one of the richest countries in the world, the yen was at its highest and the country’s growth seemed unstoppable. The 1980s are also when the manga and anime industry boomed, and the term ‘otaku’ started being used in its contemporary sense. From being social outcasts, otaku became members of communities with a shared passion.

These days, anything 1980s is having a comeback – or maybe never really went out of fashion. We passed a couple of game shops selling original Game Boys and Nintendo 64 games, and in Akiba there’s also Super Potato, a chain of arcades with retro video games like Super Mario and Legend of Zelda. 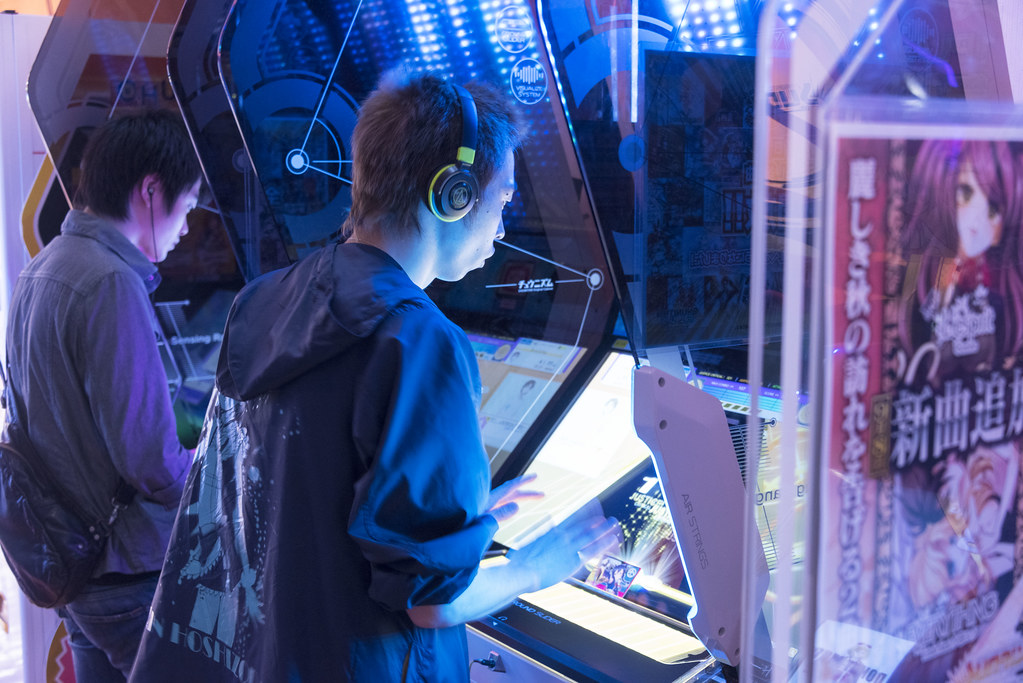 Otaku fandom has been explained in several different ways, all of which are probably true to a certain extent. Some say that being an otaku can be seen as unwillingness to ‘grow up’. Several otaku were born during the late 70s and early 80s, and grew up wealthy and careless before a series of economic crises hit the country.

Nowadays, they surround themselves with their passion, make it their life reason to escape an incredibly competitive society, where working over 12 hours a day in very stressful environment is commonplace. 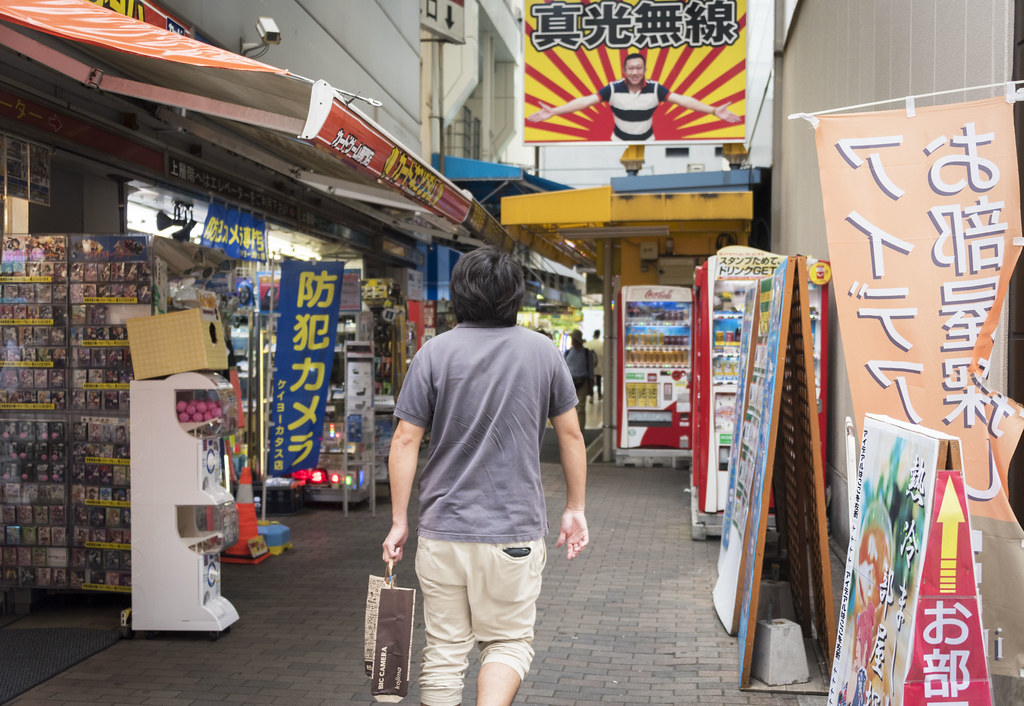 Thomas stressed that most otaku don’t want to make a living out of their passion – they are happy to cultivate their hobbies and share it with like-minded people. We saw several cabinets around the department store displaying train sets, model planes or ships – some of which took over a year to make. ‘They are not for sale’ Thomas explained. ‘People just want to show their work, that’s all.’

Another explanation for the rise of Otaku culture is that it’s furthered by the Japanese school system. The competitiveness typical of the Japanese society begins at school, where there’s a kind of invisible ‘caste system’. Students belonging to clubs are an exception to this social hierarchy – and within these clubs, their interests are nurtured, and the otaku mindset slowly develops. 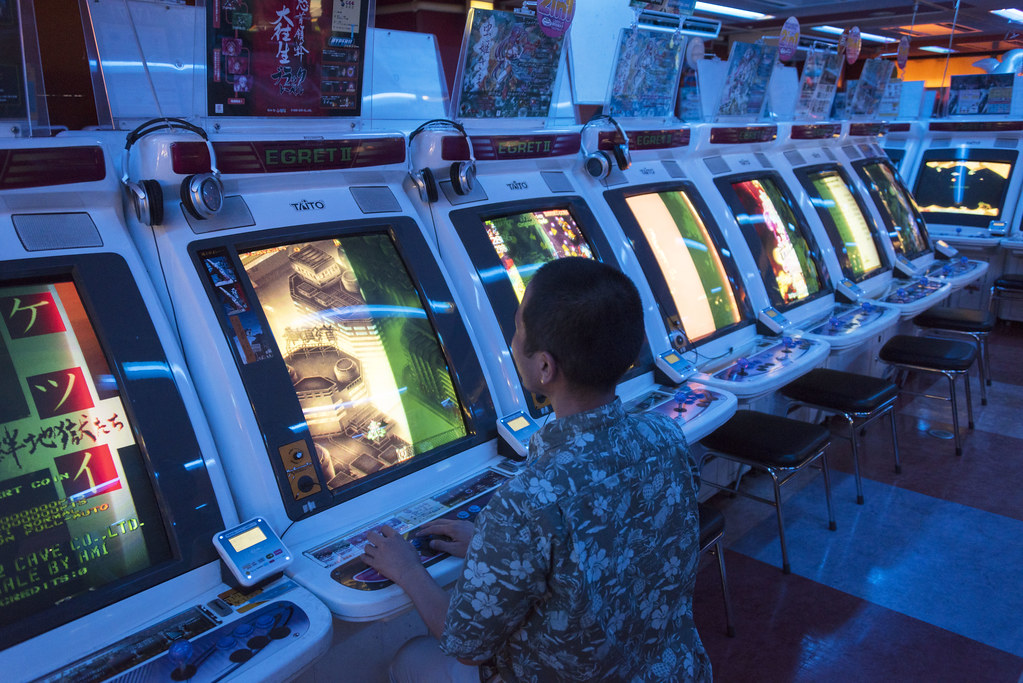 You may think of otaku as loners – and some probably are – but the community aspect is very strong indeed. For instance, during the tour we also visited Hey Arcade, where people played video games surrounded by loud music and flashing lights. I used to go to videogame arcades when I was growing up – by the early 2000s they had all but disappeared. Around Akiba, they were still going strong. Every other building seemed to house one – from retro 8-bit games to super-modern VR setups, and they were all packed. ‘People come here because they like being surrounded by like-minded people’ we were told. ‘You can’t spend hours surrounded by flashing lights and blaring music at home. Here you can’.

A few days later, another Context local guide said something that – in my mind, at least – seemed to perfectly explain the otaku mindset. ‘Japanese people don’t like nails sticking out. Society hammers them back down. If you want to be eccentric, you can do so, but only with other eccentric people’. 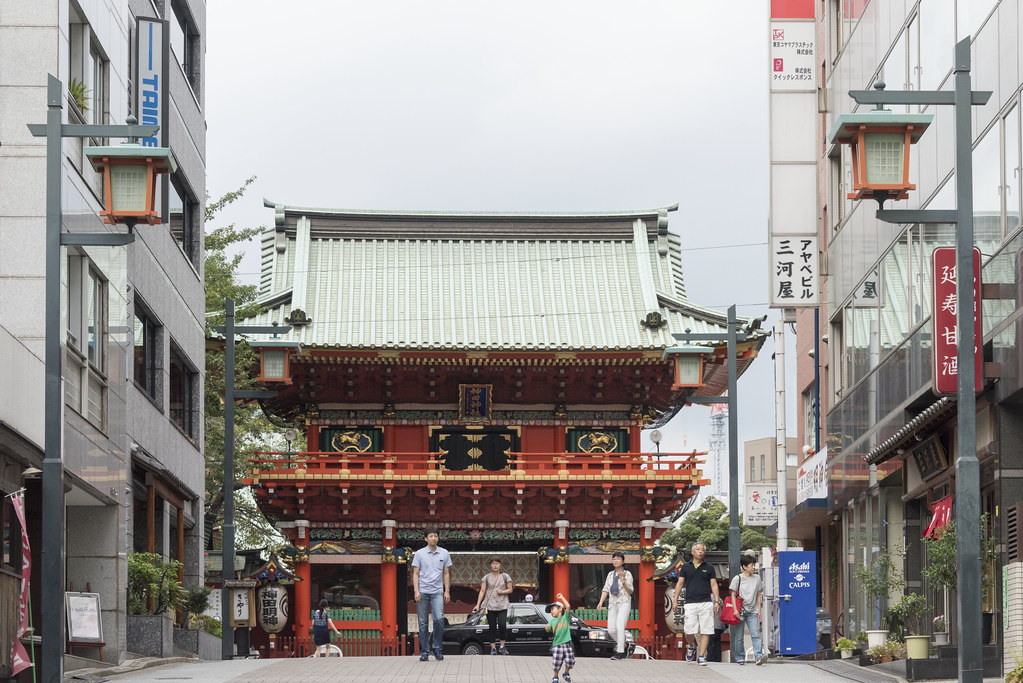 Another interesting stop was the Kanda Miyojin shrine, selling a variety of manga-themed amulets and prayer tiles after being featured in the popular Lovelive idol show. 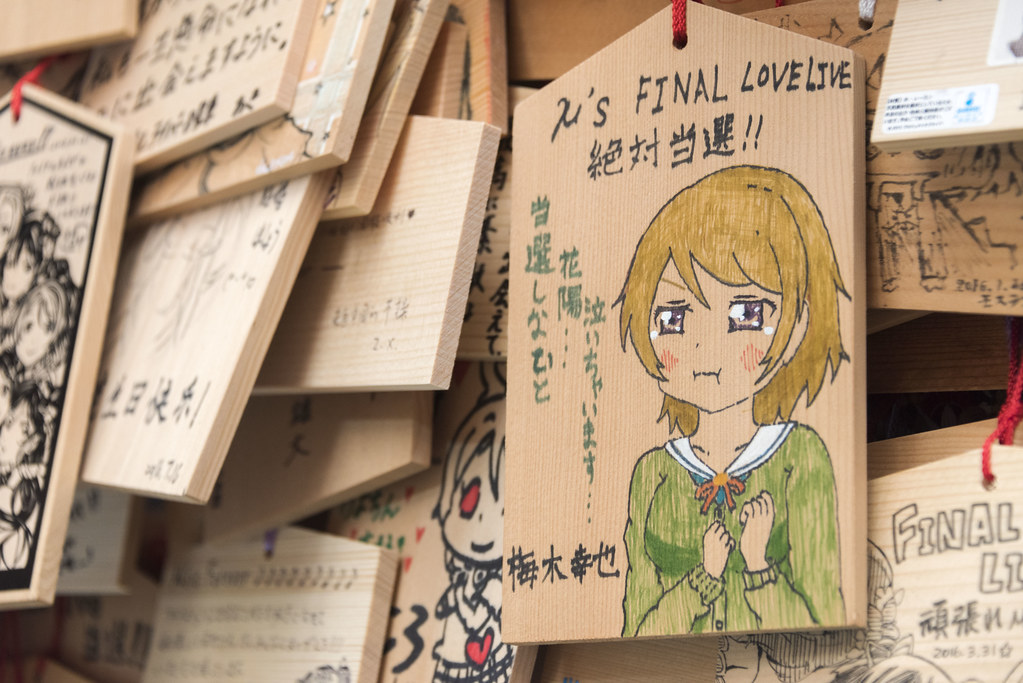 If we had walked around Akibahara by ourselves we would have surely enjoyed the bright lights and colours, but the meaning and the culture behind what we’d seen would have been lost to us. Once again, Context Travel provided us with an outlook into a world that we knew very little about.

This is deep travel at its best. 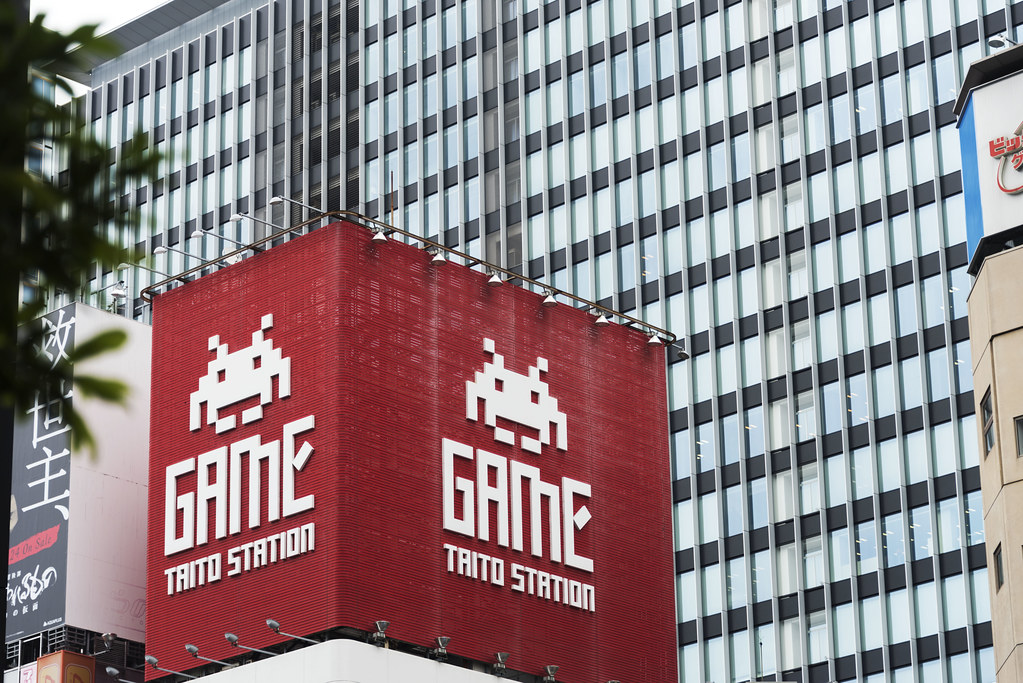 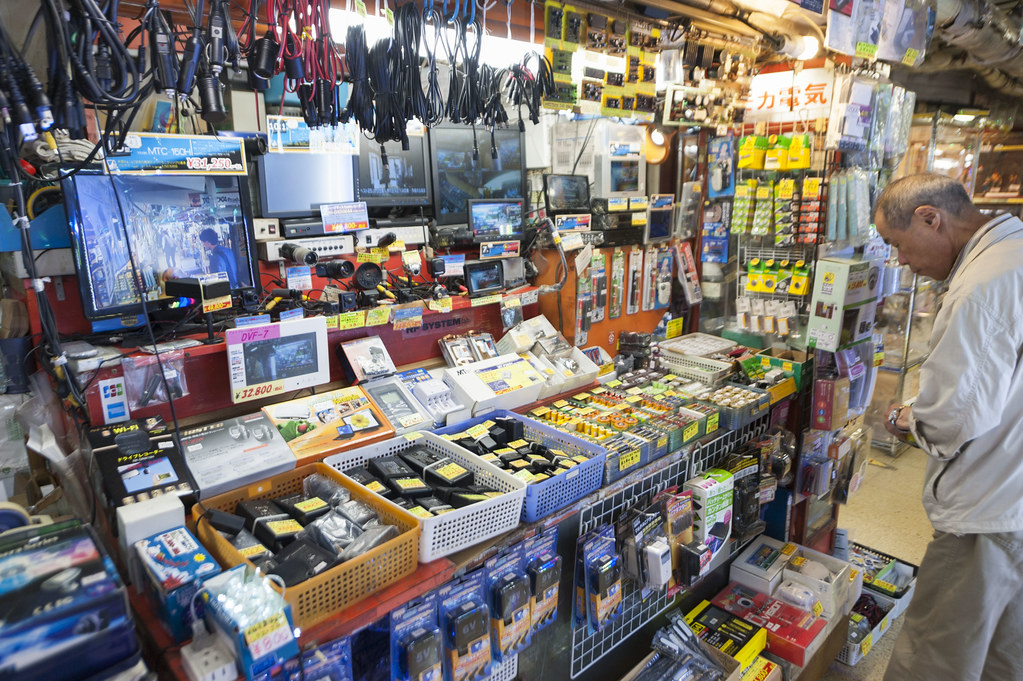 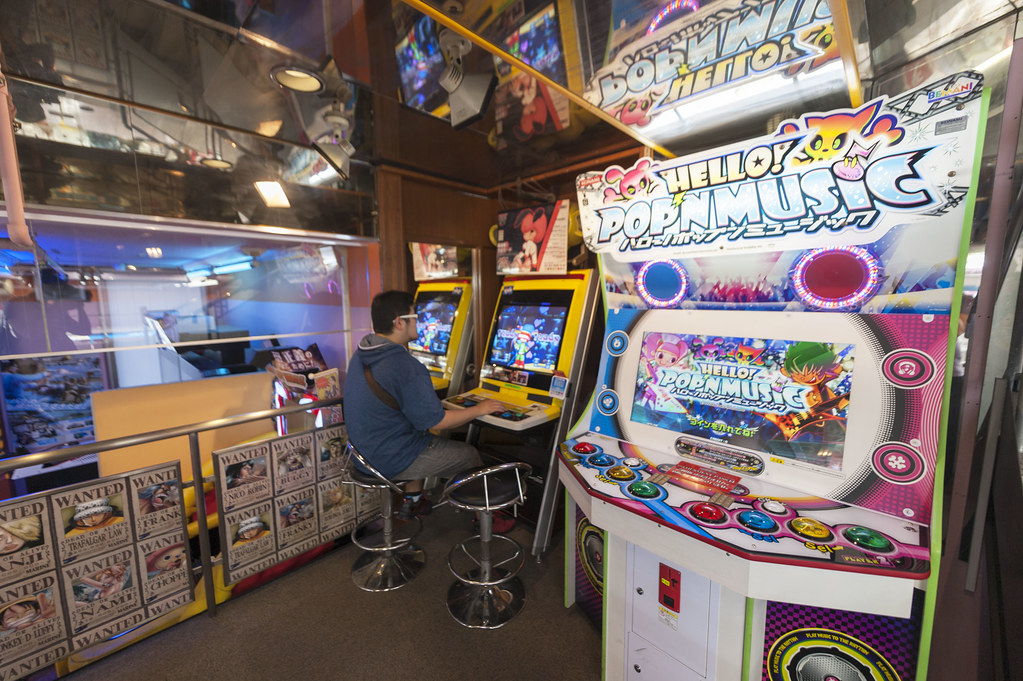 Looking for more unusual things to do in Tokyo? How about a stay in a capsule hotel? Here’s a guide to capsule hotels in Japan to get you started! 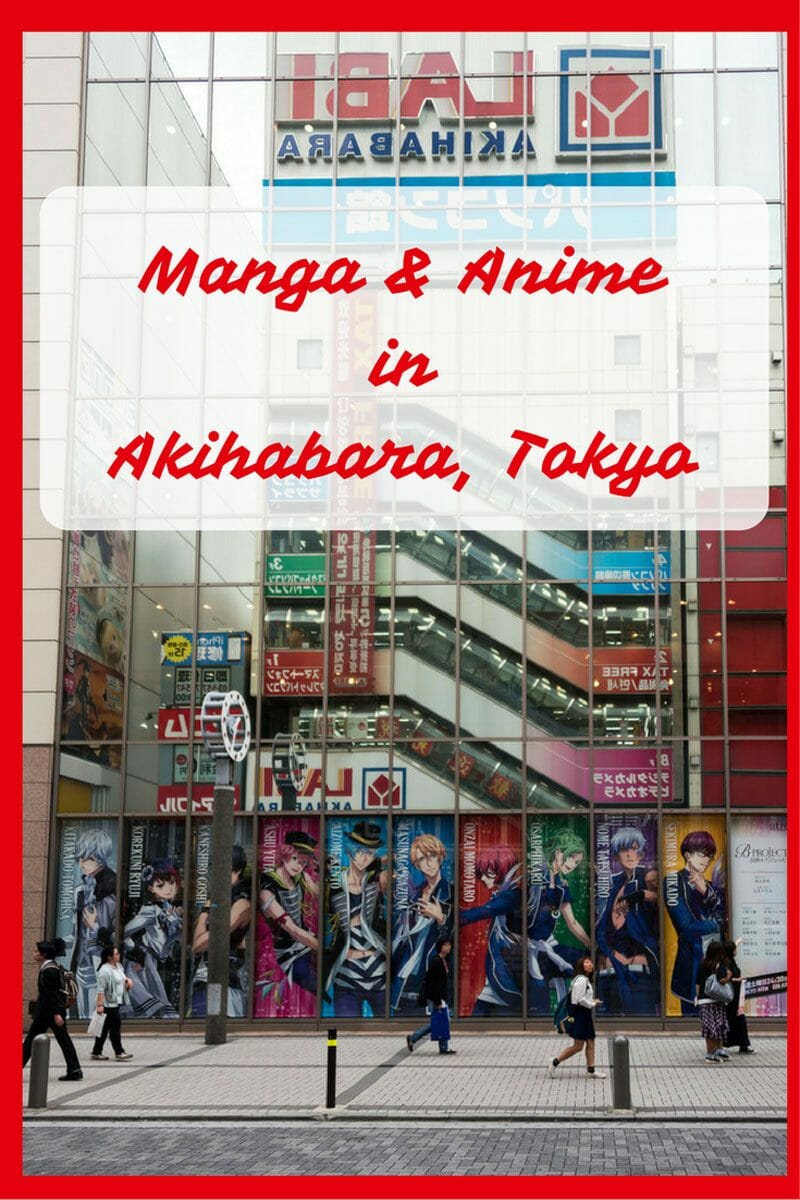 Things to do in Moscow for First-Timers
Next Post: Visit Hanko, Finland’s Summer Town