Our complete foodie itinerary around the Bergamo province, covering 5 delicious stops and an unusual location to watch the sunset. Follow us… and make sure you’re hungry!

If you’ve followed us recently, you’ll know that we’ve partnered up with Hertz to discover the tastiest foodie secrets around the Bergamo province. We’ve told you all about Moscato di Scanzo, a delicious and very rare ‘meditation wine’, and about our Km 0 lunch with Piero at Rifugio Cespedosio. Here we are going to share with you our full itinerary – if you decide to follow our footsteps, don’t forget to get in touch and tell us all about your own discoveries!

Our Foodie Itinerary Around Bergamo

A car is essential to follow this foodie itinerary – public transport is pretty much non existent away from Bergamo, and having your own car will also give you the chance to pick up delicious souvenirs to take home for your friends and family. Hertz offers rental cars both at Bergamo and Milan Linate airports, allowing you to start your delicious drive in no time.

The Bergamo province is half covered by mountains, half by the plains of the Po valley – the itinerary follows the SS470 road travelling from one side to the other of Val Brembana, one of the mountain valleys stretching north from Bergamo, but includes a couple of stops in the southern section of the province as well.

We covered this itinerary over two days but we recommend adding a third day to enjoy the stunning mountain landscapes without having to rush.

The village of Scanzorosciate is just 10 minutes drive away from Bergamo airport, making it an ideal first stop for this foodie drive. Scanzorosciate is famous for the production of Moscato di Scanzo, a self-proclaimed ‘meditation wine’ – the kind of wine you’d choose to close a meal, to be enjoyed alongside a cigar and an interesting conversation.

The grapes are harvested late and after sorting each bunch by hand, they’re left to dry on trellises and then pressed until they lose 70 per cent of their volume. Minimum ageing is 2 years in oak barrels, even though most winemakers age it for longer.

Francesca Pagnoncelli from Moscato Pagnoncelli Folcieri is one of only 20 Moscato producers, and she offers tastings in a stunning room covered in 17th century frescoes. Make sure you book in advance – you can get in touch with Francesca on her website.

One bottle of Moscato di Scanzo makes for a lovely present and is a steal at €35, considering that only 800 bottles are produced every year.

From Scanzorosciate we drove to Bergamo and then we followed the SS470, running the length of Val Brembana. The very last village before the road ends at the top of the valley is Valtorta, famous for being home to delicious cheeses, some of which are only made here. Two Valtorta cheeses have been elected to the rank of presidia by the Slow Food association, referring to unique traditional products that risk to disappear.

One of the presidia is Agrì, cylinder-shaped cheeses handmade individually, with a distinctive sour taste. Agrì is made with cow milk and dates back to the time when Valtorta was connected to the nearby valleys by mountain paths – the ‘sour paste’ that gives agrì its unique flavour was the first stage of cheese production, that was then refined and aged by cheesemakers at the bottom of the valley.

Another unique cheese produced in Valtorta is Stracchino delle Valli Orobiche, made in the region since the Middle Ages. It was traditionally produced while cows where having breaks from their march between the higher and lower pastures – the word stracchino comes from the word stracch in local dialect, meaning tired, as the animals were tired from the journey.

Stracchino is soft and creamy, surrounded by a harder crust that releases herb and grass aromas. Nowadays, you’ll find industrially made stracchino on all supermarket shelves around Italy, usually a bland and underwhelming cheese. Trust me, drive to Valtorta and taste the real stuff!

The best place to purchase Valtorta cheese is the Latteria Sociale, a cooperative of local cheesemakers. If you need help choosing before buying, the sellers will gladly give you a taste of the different cheese varieties.

Driving back down the SS470 heading towards Bergamo, in just over 30 km you’ll reach San Pellegrino, home to the world famous mineral water. The town was a popular holiday resort at the turn of the 20th century and still retains some lovely examples of Art Nouveau architecture, such as the thermal baths building, the casino and the Grand Hotel, currently being restored.

San Pellegrino is also home to not one, but two foodie stops! First, we headed to Pasticceria Bigio, a confectioner’s that’s been open for over 50 years, famous in the region for their moon-shaped frollini (butter biscuits). Ingredients are very simple – milk, sugar, butter, flour and eggs, yet the result is a delicious, multipurpose biscuit, perfect on its own, dunked in tea or coffee or even to accompany Moscato di Scanzo.

Afterwards, we headed just around the corner to Birrificio Via Priula, a brewpub owned by San Pellegrino’s pharmacist and serving a selection of homemade brews to accompany beer-inspired specialties such as birramisu, a yeasty version of tiramisu. The beers from Via Priula take their inspiration from local characters, places and events – for instance, their award winning Camoz, a hefty Imperial stout with coffee undertones is named after a popular rock climber from San Pellegrino, while Rosa was created to commemorate the day when Giro d’Italia (Italy’s most famous cycling race) passed through the town.

Not far from San Pellegrino, an unmarked turnoff from the SS470 leads to 6 km of steep turns and switchbacks, until finally the road ends in Cespedosio, a remote mountain hamlet with only 14 full-time inhabitants.

The village is home to Rifugio Cespedosio, a mountain hut run by charismatic Piero and serving local dishes made with Km 0 ingredients. The menu changed daily according to availability – we sampled a delicious cheese and cured meat platter and a plate of casoncelli, a local kind of ravioli with a peppery salami filling topped with melted butter.

The trip to Cespedosio is worth not just to meet Piero and taste his delicious cuisine, but also to walk through the village, surrounded by mountains and forests, making you feel as if you’ve travelled back in time.

On the way back from the mountains, before dropping off our car at Linate airport, we decided to stop at Castel Cerreto, an organic farm located not far from Treviglio, south of Bergamo. Castel Cerreto aims to challenge the model of extensive, high-intensity agriculture usually found in the Po Valley, where crops like corn and legumes for animal food are grown with a large use of chemicals and pesticides.

In contrast, Castel Cerreto is 100% organic and crops are rotated every few years, in order to preserve the quality of the soil. It’s also one of the very few pick your own farms in Italy, and from April to October there’s always something to pick – from strawberries and cherries to grapes and raspberries, making it popular with local families.

There is also a small farmers market every Saturday – when we visited there was a local beekeeper, a cheese maker and a baker selling their products, and at the end of the afternoon everyone was offered a glass of Prosecco and a tasting of products made with Castel Cerreto’s delicious asparagus.

Another stop that we recommend including in your foodie road trip is Crespi d’Adda, a UNESCO-listed ‘company town’ a short drive away from Castel Cerreto. The village was built in the late 19th century by Crespi, a local factory owner, to provide accommodation for his workers. The cotton manufacturer has long been closed, but the houses are still inhabited.

It’s a wonderful sunset drive, and a great place to conclude our two day foodie itinerary around the Bergamo province. 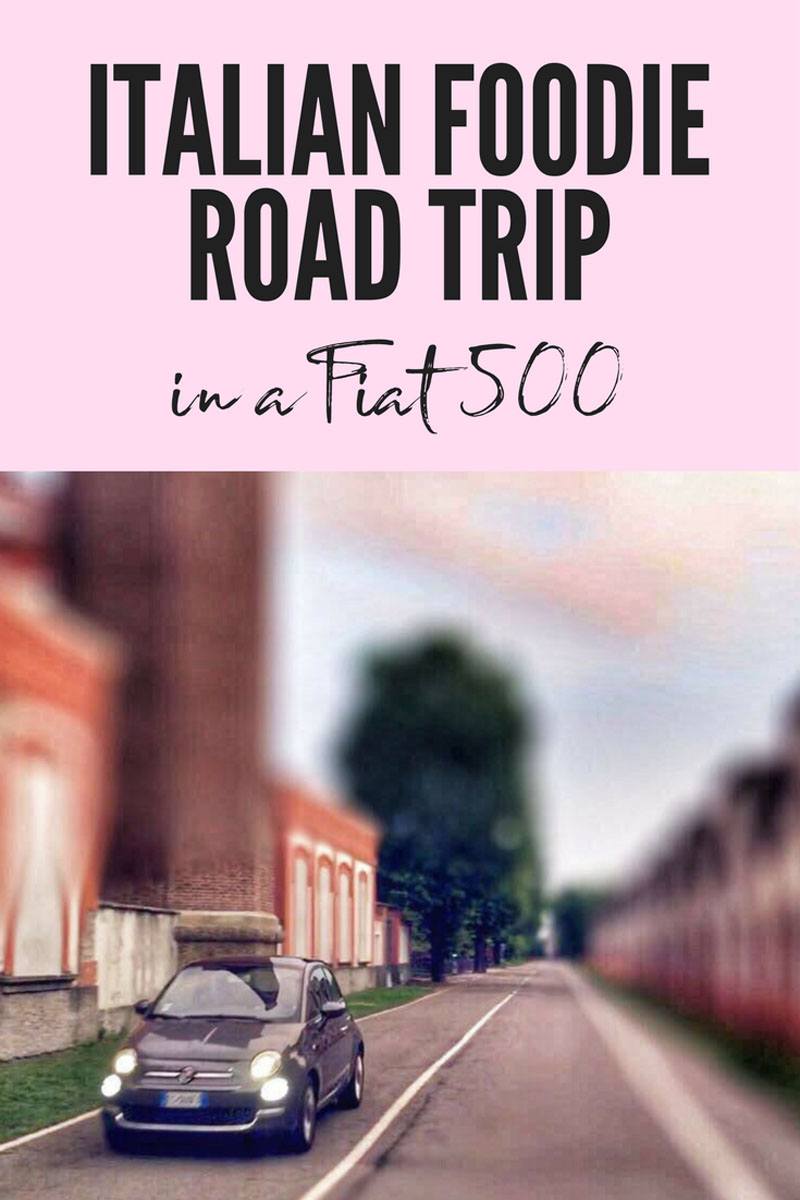 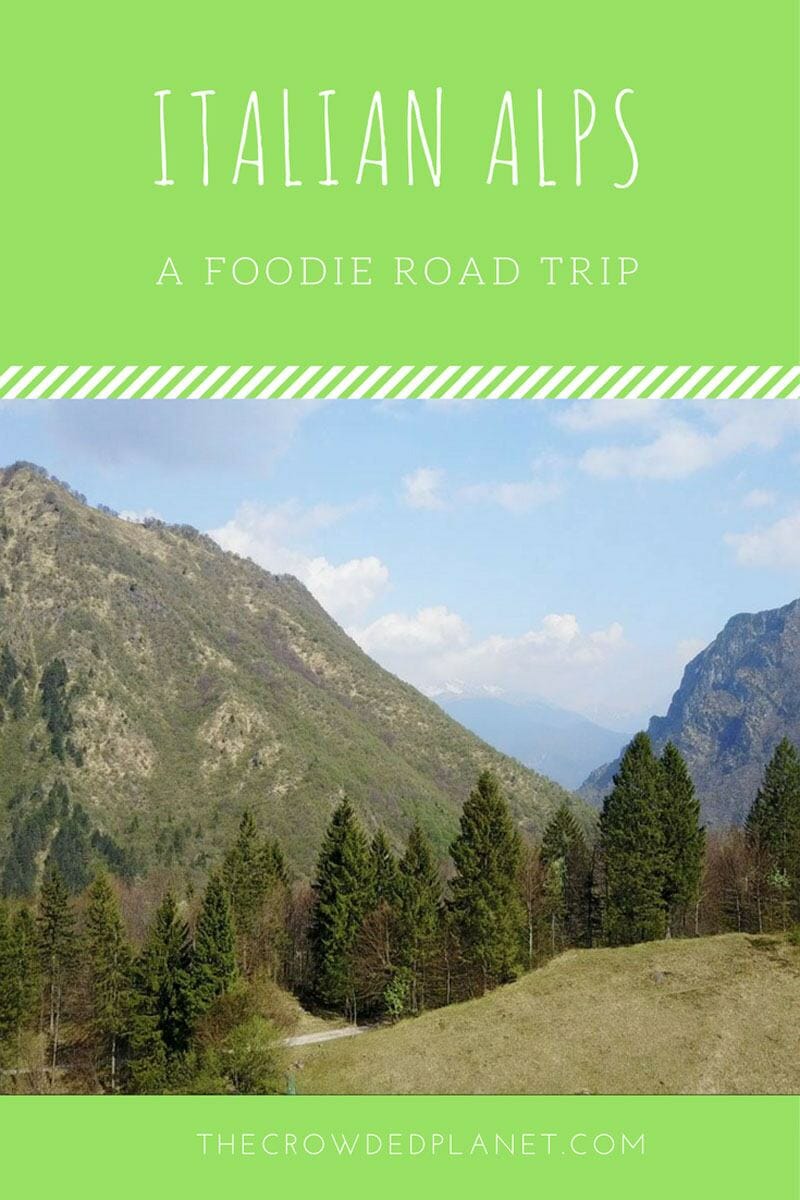