Scuba diving in Alor, Indonesia, sounds like a dream! I still remember how envious I was of Nick when he got to spend an amazing two weeks in Indonesia last year, visiting stunning places like Raja Ampat and Yogyakarta. Hoping to visit Indonesia myself soon, here’s a guest post from scuba expert Justin from Art of Scuba Diving!

Far off the beaten path, and the ultra popular neighbours of Komodo, Bali and Gili Islands, is a little place called Alor. Only known by trekkers and hard core divers, Alor is a tiny island east of Lombok, just north of East Timor, in Central Indonesia.

For some reason it hasn’t taken off yet as a popular scuba destination, but as world gets out about its world class pelagic, macro, drift, reef and wall dive sites, people are sure to rush there, masks and fins ready. Alor sees very little visitors, yet it is one of the best places for scuba diving in Indonesia.

I could go on all day about Alor, as during my trip I was impressed with many sites and its healthy coral and marine life, but right now I just want to talk about one dive site: Anemone Valley.

During the dive briefing right before hitting the water, our instructor told us that Anemone Valley has the highest concentration of anemones in the world (and the clownfish population is huge too). When hearing this I was very skeptical. I’ve been diving in a lot of places, and seen some huge anemones, and secondly I had never heard this statistic before coming to Alor.

Whether it was true or not, what I expected was just a giant field of anemones, each single one being the size of a bed, kind of like I have seen in Egypt, all butted up to one another. But what I really saw was much different, and just as impressive. My skepticism went away immediately as we descended to the shallow depths of Anemone Valley.

Instead of one giant pillow of anemones like I had imagined, the site was littered with basket ball size volcanic boulders, with small anemones EVERYWHERE. On top of rocks, in-between, underneath, in crack and everywhere you looked. It wasn’t what I had expected, but I immediately understood that in numbers of individual anemones, I can certainly see how this was known as having the highest concentration.

There were reds and blue tipped and skinny and fat and as many colours as I could find. Not all anemones had a Nemo in it, and others had 10 in them! Everywhere I looked there were clownfish homes sticking out of every available space. It was awesome.

It wasn’t just anemones and clowns though. There were uncountable reef fish and sea snakes and macro critters like shrimp and crabs and anything else you can expect to see when scuba diving in Alor. So if you get tired of seeing clowns, there was plenty more to see everywhere.

So if you are a fan of clownfish and colourful anemones, you might want to visit Alor, and experience the largest concentration of them, in Anemone Valley. If you are thinking of checking it out, I put together a comprehensive guide to scuba diving Alor, to help you plan an epic trip.

Thanks Justin! As you keep dreaming your Alor scuba holiday, check out these amazing underwater snaps! 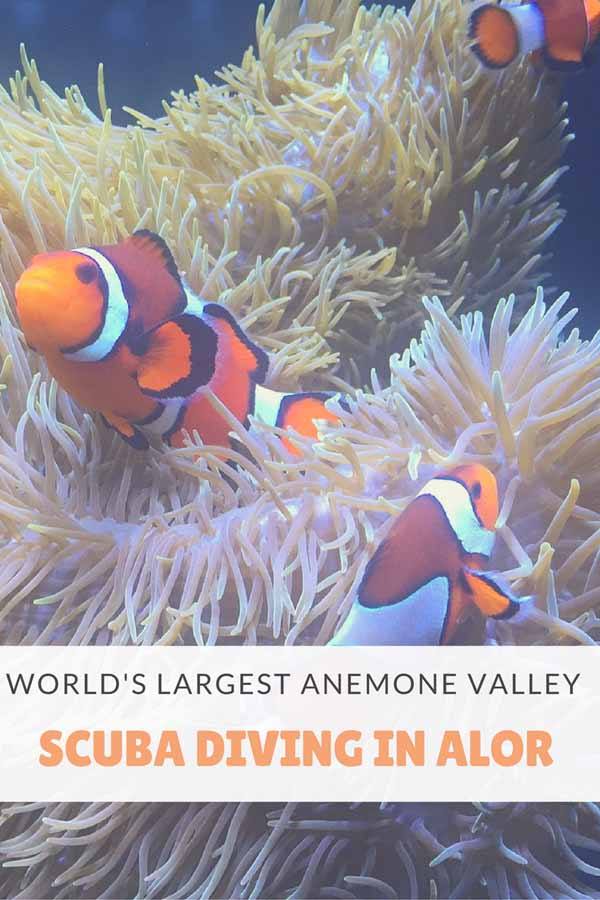 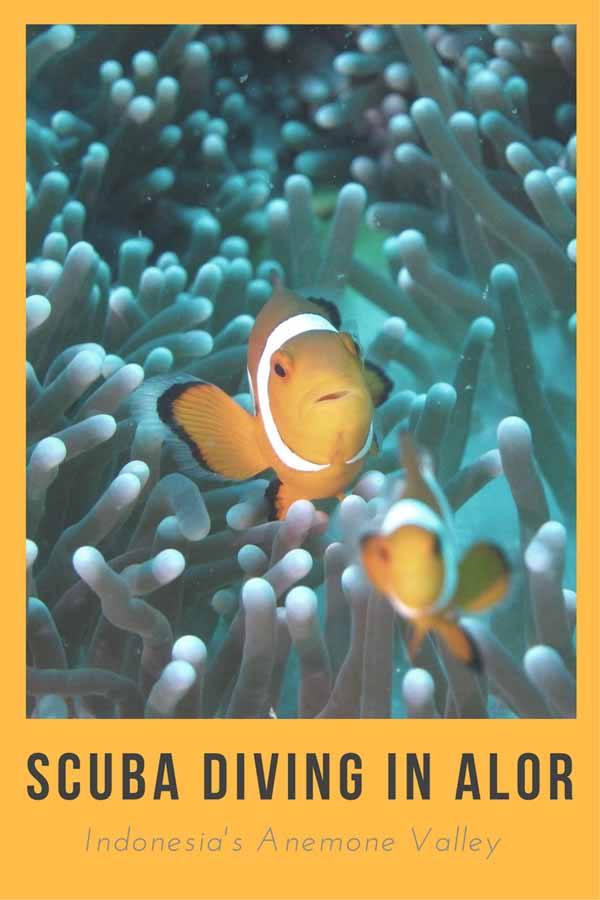 Climbing in Arco, Lake Garda – A Weekend with Adam Ondra
Next Post: What to Pack for a Staycation