Check out our Horse Riding in Guyana Video!

‘Can you see it? The ranch is over there’ said Ian, our guide in the Rupununi savannah, Guyana. He pointed towards two round, forested hills, half-hidden behind the dusty horizon. The two hills were joined to one another by a rocky saddle – the reason behind the ranch’s name, Saddle Mountain.

Before reaching the ranch, we had spent three days camping on an off-road trip around Lethem and the South Rupununi, one of Guyana’s most remote regions. From Guyana’s capital Georgetown, Lethem (the gateway to the region) is about 550 km away – just over an hour on a 20-seater plane, or about 24 hours on bumpy, dusty trails.

Then, Saddle Mountain is a further two to three hours away across the savannah, much longer during the wet season. Just to give you an idea of how remote the place where we were was.

I scanned the horizon, trying to make out anything that resembled a ranch. All I could see were vast expanses of grassland, with a few short bushes and trees, and the twin mountains in the background.

Then, I saw it – a one storey building, painted yellow, surrounded by a grove of trees.

The People of Saddle Mountain Ranch

Inside the ranch, saddles and leather leggings were all lined up on the floor, under a jaguar skin hanging on the wall. Country music was playing on the radio, and a cool breeze was blowing in from the large open windows, ruffling the laundry hanging on lines outside. A black and white cat wandered out of the kitchen, jumped on the sofa and fell asleep.

Earlier on the trip, Ian described Saddle Mountain as ‘the most beautiful place in the world’. After three hot, dusty, sweaty days immersed in the wilderness, eating boil-in-the-bag meals and bathing in creeks, the idea of sleeping indoors, having running water, a toilet and a hot meals sounded wonderful.

We were welcomed by Tommy and Joan, the ranch owners. Tommy was a real character – the deep lines on his face, his rough hands and firm handshake revealed a life spent outdoors, tending to his cattle. He lived and worked in the Caribbean for years, before settling down and purchasing the land of what is now Saddle Mountain from a larger ranch.

Tommy and Joan had several children – we got to meet Judah, a 22 year old real-life cowboy, or vaquero as they are called in Guyana. Judah started to ride before he could walk – every year, he and his sister Ayla compete in the Rupununi Rodeo, and always win the barrel race, one of the craziest (and coolest) events.

Looking for reasons to visit Guyana? Check out our 14 reasons why Guyana is South America’s best kept secret post!

I was very happy to hear that Judah would be riding with us over the next few days. See, horse riding in Guyana is not like horse riding elsewhere in the world, where interactions between tourists and horses usually involve a slow amble along a trail.

‘In fifteen minutes, you’ll all be galloping. We don’t do things slowly around here’ Ian warned us.

Just outside the ranch, about a dozen horses were waiting, under the shade of mango trees. Some were bay horses, with a black mane and tail, and a few others were pale grey, with darker spots – one of these was my chosen steed, Shadowfax. I could not wait for him to show me the meaning of haste.

We waited for the heat of the day to subside before setting off for our ride, and soon we were off, riding through the savannah wrapped in golden sunset light. We quickly escalated from walking, to a slow trot that turned faster and faster as our horses followed Judah’s lead. We soon learned to trusted our horses’ footing and good judgement, especially when they crossed creeks or walked up small inclines.

When the exact moment of sunset came, we all climbed a small hill on horseback, from where we could see the savannah extend in all directions – miles and miles of grassland, dotted with tree groves and some lone ité palms, signalling the presence of creeks and small lakes. Right in the middle of it all was Saddle Mountain Ranch, sitting under the unmistakeable silhouette of the twin mountains, turning deep purple while the sun disappeared behind the horizon.

Just as we crossed the gate leading to the ranch, our horses sped up, transitioning from a trot to a canter. In that moment, I felt a rush of adrenaline travel down my spine – the feeling of pure, unbridled freedom. It was as if Shadowfax and I were flying, floating over the savannah one stride after the other.

Over the next couple of days we rode again and again, at sunrise and sunset. We followed Judah on our horses while the savannah woke up, and the sun shone stronger and warmer with every passing minute.

In the evening, we rode during that magical time between sunset and nightfall, when the sky is pastel-coloured and everything around us seemed still – save for the hoofbeat of our horses, speeding up from walk to trot, and from trot to canter.

Every time our horses started cantering, that rush of freedom and energy would return. I felt powerful, wild and confident, and once I couldn’t help shouting ‘Run, Shadowfax! Show us the meaning of haste!’. And he did do that – covering a couple of miles in just under ten minutes.

Want to know more about horse riding? Take a look at our 40 Things to do in Kyrgyzstan post!

Life at the Ranch

Our time at Saddle Mountain was not just about horse riding in the wilderness of Guyana. This South American country is one of the few places in the world where you can still experience life in a working cattle ranch as it was over a hundred years ago, when ranches were first established in the South Rupununi.

Nowadays, Guyanese ranches are still the land of vaqueros, cowboys not unlike Argentinian gauchos – with the difference that most vaqueros are local Amerindians, rather than Europeans or mestizos.

On top of that, while in Argentina gauchos mostly belong to an almost-legendary past, Guyanese vaqueros are still very much alive and well, riding through the dusty plains on a daily basis.

Over our stay at Saddle Mountain, we also got to experience some of the day to day life at the ranch, and even got the chance to help out. Tommy’s 500 heads of cattle live a semi-wild life in the ranch, grazing and roaming around the savannah at will.

They’re rounded up and taken to the corral only periodically, whenever necessary. We spent one blistering hot morning around the corral with Tommy and Judah, trying to lasso some of the calves that needed treatment – much easier said than done.

The heat, dust and commotion around the corral were soon too much for me, but I found it extremely interesting to be able to observe how things are done, in a land where livestock is kept in a dramatically different way from the large intensive farms found in Europe and the US.

Yet, my best memories of Saddle Mountain will not just be horse riding in the wilds of Guyana. When I think back at our time in ranch, my mind goes back to the time spent chatting with Tommy. He told us that he was worried that some of his cattle was disappearing – with 50 square miles of savannah, it’s hard to keep track of every single animal. Tommy said that the culprits could be cattle rustlers, a regular occurrence around the Guyana-Brazil border, or maybe a jaguar.

He went on telling us of how Joan had to scare away jaguars with a machete, as she spotted them getting too close to the cattle. It’s usually old or hungry jaguars that do that, moved by desperation and the inability to hunt wild animals – and these jaguars are the most dangerous of all, unafraid even to strike at humans. Life is anything but easy, even in the most beautiful place in the world.

Every night, we sat outside until late, drinking rum from a plastic bottle and a sky so starry, you could clearly glimpse the shadows of the Milky Way. Every now and then, a star would shoot across the sky, and I am sure we all made the same wish.

I was a guest of the Guyana Tourism Authority during my visit. We would also like Caribbean Airlines for their kind assistance, and Inmarsat Global for allowing us to stay connected in Guyana! 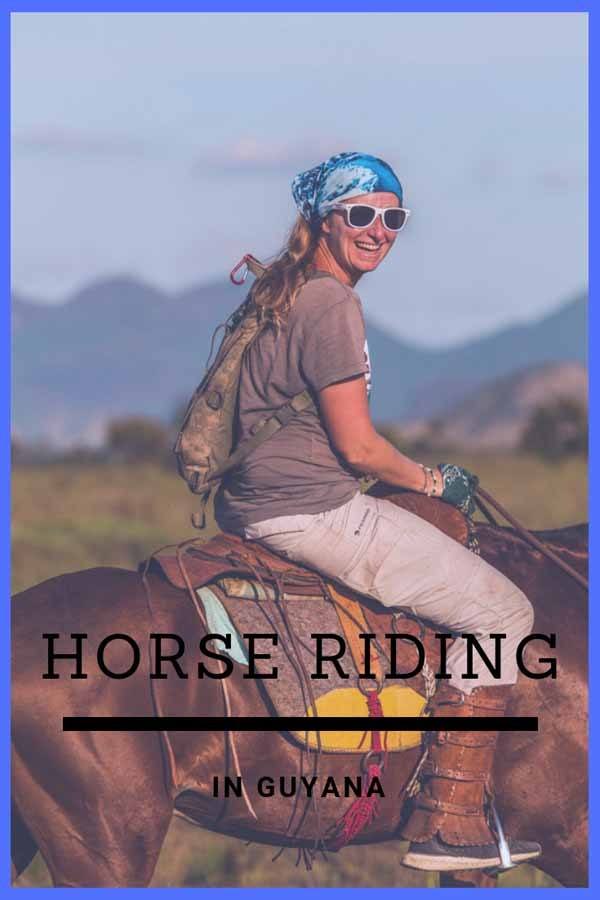 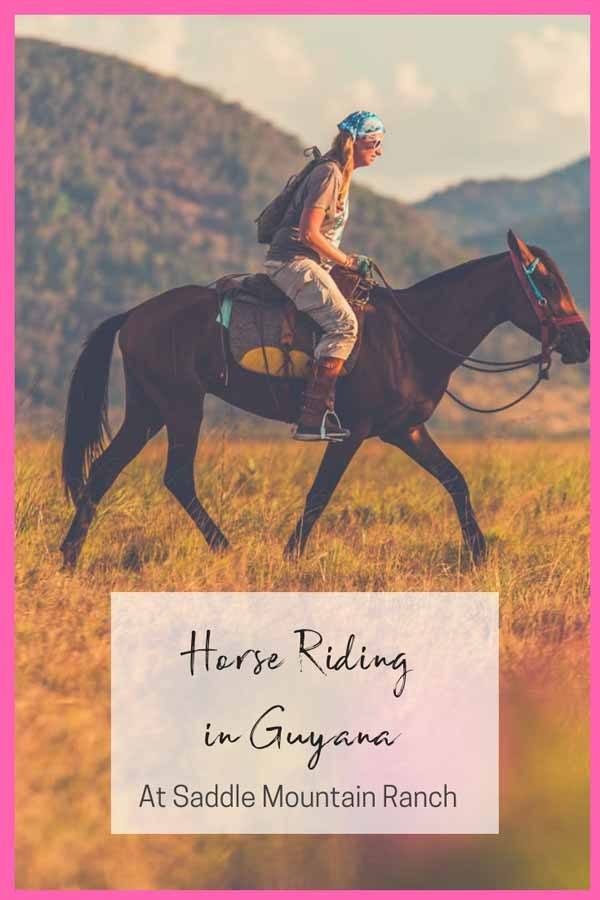 24 Incredible Things to do in Yogyakarta Indonesia
Next Post: One Week of Adventures in Lethem, Guyana and South Rupununi