Warning – I’m writing this post and I’m angry. The post might (actually, will) contain images of death and destruction. It will talk about a story that is largely being ignored by Western media, yet has been claimed to be one of the main environmental disasters of the 21st century.

The Indonesia fires and the Haze

I’m talking about the fires in Indonesia to clear the rainforest for palm oil plantation. And I’m talking about their direct consequence – the Haze with capital H, a toxic cloud that has hung over Indonesia, Malaysia and Singapore for weeks, killing a number of people and endangered wildlife, and putting the lives of millions of others at risk – all for the benefit of a selected few.

We’ve spent a week in Singapore during the Haze. The Lion City was pervaded by thin, milky-colored mist. Visibility was severely limited, and most locals wore N-95 filtrating masks. A few days spent walking the street were enough to give us sore throats and persistent coughs. But it wasn’t just any other cough, that I can say for sure.

The Haze seeped inside of our lungs, leaving a nasty, sticky residue of chemical waste. We both had sore chests and coughing fits that left us spitting up lumps of phlegm, even over a week after our departure. The phlegm was greyish, thick and sometimes had hard edges. I swear I’m not lying – that stuff was all kinds of nasty.

But this post is not about me, even though it was seeing the Haze situation in first person that prompted me to write this piece. I have had enough of people complaining on social media of how the Haze disrupted their travel plans. This isn’t about travellers, about the brief discomfort we have to face while visiting Haze-affected areas. It’s not about cancelled flights, about us not being able to check that bucket list item.

This is a much bigger issue.

Environmental consequences of the fires

Millions of people live in Singapore, Malaysia and Indonesia, and have to put up with not being able to breath for months, every year. Every single year. I can’t even imagine thinking the health consequences they will suffer. Ten people have already died as a direct consequence of the Haze – but I’m sure the long-lasting consequences of such exposure will be severe. It has been estimated that fires are producing more carbon emissions in a day than the whole of the US economy, and emissions as a result of the fires so far exceed those of Germany in one year.

On top of that, there are the consequences of habitat and biodiversity loss – orangutans, one of the most endangered species, are at risk, especially the babies. Fires have encroached rescue centres in Kalimantan (Indonesian Borneo), leaving no alternative but to evacuate or shelter the apes indoors, both options that cause them great stress. Check this great post on Green Global Travel, in which representatives from International Animal Rescue highlight the orangutan plight.

Meanwhile, it has been estimated that over a third of wild orangutans (currently about 54,000 in Borneo and 6,600 in Sumatra) are being threatened by the fires and their environmental consequences. Fires are destroying their habitat, levelling hectars of primary rainforest, pushing the orangs onto the ever-increasing palm oil plantation where they might meet the rifles of the guards.

The truth about palm oil

All this destruction, in the name of what? Palm oil, a vegetable oil contained in pretty much every kind of packaged food, as well as soaps, detergents, ice creams, margarine… and many, many more. Just check this site to learn more.

This is my heartfelt message to you – PLEASE learn about palm oil.

Let’s start from the beginning. Once upon a time, there was an island called Borneo. One of the biggest islands in the world, Borneo was completely covered in rainforest, inhabited by all kinds of weird and wonderful wildlife – including orangutans, dubbed by natives ‘men of the forest’ for their uncanny similarity to humans (orang utan means man of the forest in Malay, Indonesian and many native languages).

The rainforest was so thick, that the natives said orangutans were able to cross the whole island, swinging from tree to tree, never touching the ground.

And then palm oil arrived.

Palm oil, in fact, is not a modern invention. It originates from West Africa and it has been consumed since the times of Ancient Egypt. The need for palm oil increased during the Industrial Revolution – it was used to make lubricants, candles and a variety of other products. The nutritious fruits of the palm, from which oil is extracted, were used as food during long transoceanic sailing journeys. It has even been argued that palm oil has been one of the driving forces behind the Industrial Revolution.

Palm oil plantations were set up in Sub-Saharan Africa, and then Southeast Asia. The first commercial palm oil plantation was set up in Malaysia in 1917 – the number of plantations increased dramatically from the 1960s onwards, when the Malaysian government offered subsidies to eradicate poverty in rural areas. The same happened in Indonesia, the world’s biggest producer of palm oil – production increased from 157,000 tonnes to 33,5 million tonnes between 1964 and 2014.

Much of Kuala Lumpur and Jakarta’s steel-and-glass ostentation has been built on palm oil profits. Many wealthy Malaysians and Indonesians (and a sizeable number of multinational corporations, for that matter) have one or more fingers in the palm oil pie.

Admittedly, palm oil has also done a lot for small rural farmers – nowadays 39% of Malaysia’s palm oil plantations is owned by small farmers. Yet, palm oil business remains largely in the hands of half-dozen big distributors, who act as middlemen between growers and food manufacturers.

Small farmers have been blamed for starting the fires. No one knows for sure whether this is true or not, but the fact remains that palm oil plantations have altered permanently the landscape and human geography of Borneo – clearing ancestral land used for hunting and gathering, displacing wildlife and communities, turning nomadic tribes into sedentary – for many small farmers, growing palms was probably the only alternative to poverty.

Whoever lit the match frankly doesn’t matter. Borneo is dying. And the world is doing nothing.

Five years ago, we visited the Malaysian state of Sabah, in the northern part of Borneo. We loved the waterfront of Kota Kinabalu and hiking around mighty Mount Kinabalu. We also got the chance to visit Sepilok, a famous orang utan rehabilitation project. And I remember the oil palm plantations. They were literally everywhere.

The Kinabatangan River area, that I so loved visiting in 2010, owes part of its fame to palm oil. Plantations pretty much erased primary rainforest, that which survives is only in distinct parcels concentrated around tourist resorts. Orangutans, proboscis monkeys, gibbons, monitor lizards and others have been pushed into these small parcels, making wildlife watching easy. Behind a 50 m strip of forest on either side of the river, there are just palms. Palms as far as the eye can see.

As I write these lines, I am in Sarawak, the other Malaysian state in Borneo. The situation here seems better – I haven’t seen a single plantation. No doubt there are some, but our guide described that far less land compared to Sabah has been given over to plantations, because Sarawak’s land is under state control, whereas Sabah’s is under federal control.

On top of this, it sounds like the Sarawak government is starting to understand the value of ecotourism. Nature is the state’s drawcard, and sizeable funds are being invested for the creation and management of the 18 national parks.

Sarawak has been under pressure from the international community for decades, after depleting its forests giving out reckless timber concessions. Timber companies are now asked to plant trees in previously deforested areas, and our guide told us that ‘selective felling’ is on the rise – instead of cutting down large swathes of forest to get to a few hardwood trees, only selected trees are felled and then airlifted away.

As I said, Sarawak land is managed on a state level. Perhaps, it’s easier to give concessions to palm oil plantations when you’re sitting in a steel and glass high rise in KL, and the land you’re talking about is somebody else’s, much harder when you’re talking about your own ancestral land. Or maybe the motives aren’t quite so noble, and the land is in better condition just because of international pressure – that I don’t know.

Borneo could be an ecotourism haven. It has mountains, caves, forests, rivers, islands and – naturally – rainforest. It has wildlife. It has opportunity for adventure activities. It has beaches with stunning sunsets. It still possesses that ‘wild’ feel that made so many of us fall for the island. But how long is it going to last?

The question, now, is what we can do as individuals to stop this massacre.

I would advise you all to remove palm oil from your diet, but I am sure that it is near impossible. Palm oil is literally everywhere, so unless we all decide to become off-grid hippies, we’re stuck with it.

On top of that, it’s not even labelled clearly outside of the EU. Here are some words used on product labelling to indicate palm oil:

So, what can we do? Limit your consumption of palm oil products as much as possible. Study product labels. Bake cakes instead of eating packaged sweets. Ditch junk food. Buy your shampoo and moisturiser from organic shops.

The palm oil industry is also closely monitored by the WWF, who releases periodically a palm oil scorecard, monitoring companies on their efforts to use sustainable palm oil.

What else can we do to help?

If you can, come to Malaysia or Indonesia on holiday. Palm oil has indeed brought wealth and development, but ecotourism can, too.

Support eco-friendly local businesses, use a sustainable-minded tour operator and make sure you visit an orangutan sanctuary, to meet first-hand those gentle giants that are now suffering the consequences of the fires. In Malaysian Borneo the two main sanctuaries are Sepilok in Sabah, right in the middle of palm oil country, and Semenggoh in Sarawak.

Not convinced? Look at Costa Rica. They pretty much invented the term ecotourism. Leveraging their natural beauty in a respectful, sustainable and non-invasive way, Costa Rica became one of the leading countries in the world for ecotourism. Since 1999, tourism brings more revenue to the country than coffee, bananas and pineapples combined, the three main cash crops of the country. On top of that, investing on ecotourism brought a massive decrease in unemployment (7.8% in 2012, lower than most of Europe) and several logging industries shut down.

Why can’t it be the same for Borneo?

Whatever you choose to do, please don’t let this tragedy go forgotten. 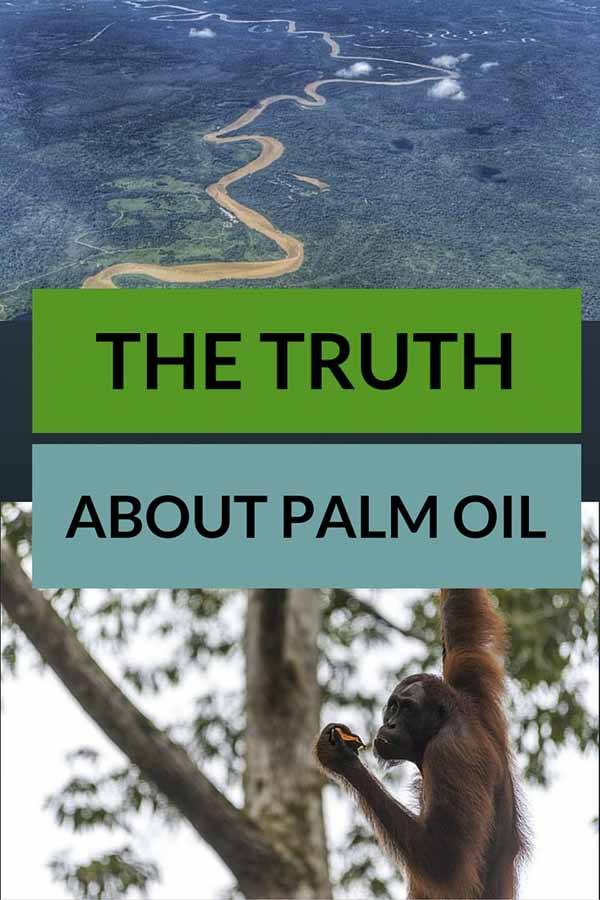