It’s been a while since the last photo story! Here we show you 30 amazing things to do in Mardin, one of the main stops on the Silk Road, a beautiful town on the spectacular setting of a hill overlooking the plains of Mesopotamia. Travel to Mardin to see what I mean!

Nowadays, slow travel is all the rage. Wandering the world on trains or buses, avoiding flights, staying in places for months at a time – but once upon a time, slow travel was something else. Crossing continents took years, and it was often a one-way trip, from which one many did not return. Illnesses, brigands, even the odd war here and there – these, and more, were the dangers faced by the brave travellers of the past.

The Silk Road is one of the historic routes of overland travellers. The first were the merchants that crossed Asia to reach the Chinese empire, trading not only goods, but religion, technology and philosophy as well. But there were also pilgrims, wanderers, soldiers, monks and murderers, covering the same road on horseback or caravans, escaping, or searching for something.

More recently, the Silk Road has become a destination for hippies, dreamers and travellers, drawn by the ancient charm of this route, that so much contributed to the development of the world as we see it. The Karakoram Highway is another, a spectacular road connecting Pakistan and China that was once covered by merchants crossing Central Asia.

Charming Mardin, past and present

Nowadays, you can visit Mardin in South-Eastern Turkey, one of the best places to appreciate the ageless charm of the Silk Road. It’s a completely different side of Turkey compared to Istanbul, its wonderful mosques and bustling bazaars. Mardin rises out of the flat, fertile plains of Mesopotamia, like a fortress on a hill overlooking the Tigris River. All around it are rocky hills and immense plains, extending as far as the eye can see – eastwards, to Iran, Afghanistan and beyond, and to the south, to Syria and the Arabian peninsula.

Close your eyes for a second, and imagine being a Silk Road traveller reaching Mardin. You’ve crossed inhospitable lands, been chased by thieves and got sick with some strange, unknown disease. Then, you set your eyes upon this place that seems to be welcoming you with the open arms of a mother, with a souk laden with goods from the four corners of the Earth, with mosques, churches, madrassas and monasteries built in saffron-coloured stone, warm hearths and soft beds.

You would recline on a rooftop, admire the plains and mountains all around you, nibble on a soft dark dried apricot, drink some tea and smoke shisha – and the dangers, the dusty trails and uncomfortable rides will feel ages away.

Things to see in Mardin

To the modern traveller, Mardin has the same appeal. It’s a gem of a town, much more than just a place to pass through. You can still visit the same saffron-coloured buildings – like beautiful Dayro d-Mor Hananyo Monastery, official seat of the Syriac Orthodox Church until 1932, with 365 rooms and a charming bishop that will be your guide. It’s nicknamed ‘Azafran’, the saffron monastery, because of the colour of its stone, and it’s definitely one of the best things to do in Mardin.

Another Mardin attraction is a tour of Kasimiye Medrese, a former Islamic school, that can be accessed through a door opened with a giant key.

You can wander the souk, chat and sip tea with one of many blue-eyed sellers, or haggle like crazy for a silver box or a Syrian keffieh. Or pace along the recently-revamped First Street, lined with shops selling homemade soap and dried fruit.

If you don’t fancy the crowds, the best view of Mardin can be had from a rooftop – see the world come and go through the souk, listen to the call of the muezzin calling worshippers to prayer and watch families gathering and having dinner on the rooftops all around you.

At night, you can fall asleep on that very same rooftop, if you wish, under a million stars – the same stars that guided merchants and dreamers in their Silk Road travels, for thousands of years. 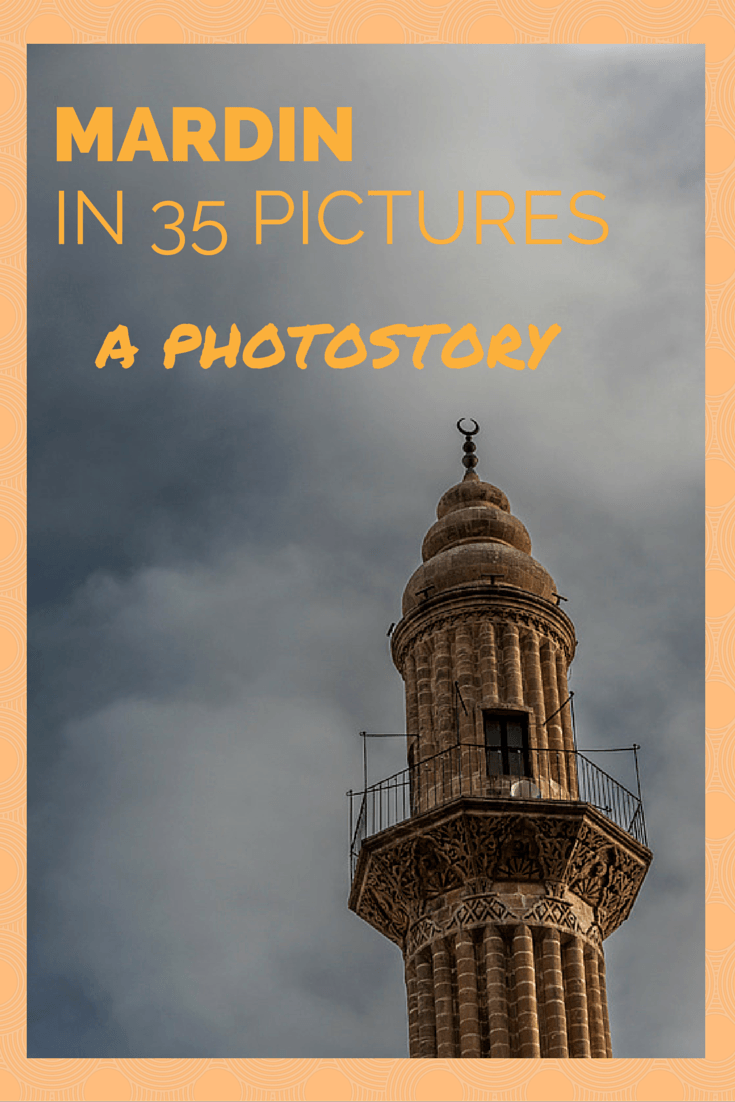 Gozo Adventure: from rocks to sea
Next Post: Mountain Biking in the Carnic Alps