I’m often told that there’s no such thing as Milan cheap restaurants. Not true, I say. After our post on the best trattorie in Milan, here we share with you our favourite international restaurants under 25 euro – including the best pasta and pizza in Milan, and the best Japanese restaurant around the corner from the Duomo!

Milan Cheap Restaurants & How to Find Them

If I had a euro for every time someone said ‘you can’t eat for less than 50 euro in Milan’, I’d be a rich woman. Yes, true, Milan has a kind of ‘posh’ reputation, it’s one of the world’s fashion capitals and it’s full of luxury hotels, Michelin starred restaurants and fancy boutiques – but it is also a city where one and a half million people live, and trust me, not everyone can afford a 50 euro dinner.

Milan is full of street food, budget restaurants and cheap eats from all over the globe – you’ll find excellent pasta, pizza and gelato of course, but also incredible Japanese, Chinese, Greek restaurants and many more cheap restaurants, where you can have a delicious dinner for under 25 euro per person. There are also plenty of free things to do in Milan and lots of cheap hotels – you can definitely enjoy the city on a budget.

In this article, I’ve included a selection of my favourite Milan cheap restaurants all over the city. These are all traditional sit-down restaurants – if you’re prefer to eat something on the go, check our complete Milan street food guide! The only exception is gelato, just because when in Milan, you’ve got to have gelato, right?

This list was updated in July 2018, and it’s divided in two sections – the best Milan cheap restaurants near the Duomo (within 15 minutes walk) and the ones outside the centre.

I’ve tried all these great Milan restaurants during 2017 or 2018, so you can be sure all info is up to date!

Milan Cheap Eats Near the Duomo

You may be wondering why I’m starting this list of cheap Milan restaurants with a Japanese eatery. Well, first of all, you all know of my love for Japan! Moreover, Japanese food is very popular in Milan. There are literally hundreds of Japanese restaurants, mostly focusing on sushi or ramen. Gastronomia Yamamoto is not only my favourite Japanese restaurant in Milan, it’s also a great option for a budget lunch or dinner, and it’s barely 5 minutes walk from the Duomo!

Gastronomia Yamamoto has two rooms – just by the entrance there’s a counter with Japanese salads, bento boxes and other dishes that can be taken away. In Italian, the word ‘gastronomia’ means deli, referring to a kind of establishment that sells cooked dishes to take away. Yamamoto is a Japanese gastronomia – the idea of the owner Aya, Japanese-born but raised in Milan, was to open a place serving the food she grew up with, home-cooked dishes like stewed pumpkin, Japanese-style potato salad, onigiri, and many more.

The second room is the restaurant, where you can sit down and enjoy the dishes on display in the counter, as well as order from a menu that includes katsusando, a breaded pork cutlet sandwich and a fun Japanese take on cotoletta, and one of Milan’s most beloved dishes. Other dishes on offer are donburi (a bowl with a bed of rice) topped with stewed eel, Japanese-style steak, teriyaki chicken and seasonal specialties like udon in winter and seaweed salad in summer.

Whatever you choose to have, make sure you save room for dessert – the chiffon cake with azuki beans is what dreams are made of, and there’s also matcha-flavoured tiramisù and éclairs!

Another thing that Milan-haters love to say is that you can’t have good pizza in Milan. This is absolutely untrue – there are dozens of excellent pizzeria in Milan, offering all kinds of pizza, so much so that I’ve had a real hard time deciding which pizzeria to include in this selection of best cheap eats in Milan.

At the end, I’ve decided to go with Sorbillo, the Milan branch of a historic Naples pizzeria. The menu is short and to the point – about half a dozen pizzas making use of quality ingredients, including lots of Slow Food products. I love how the menu combines Neapolitan tradition and creativity, with offers like the ‘Margherita Gialla’ dedicated to chef Massimo Bottura, with provola and conciato romano (ancient cheese from near Rome) and yellow tomatoes.

On top of that, it’s about two minutes from the Duomo, and prices are very affordable. Reservations are not accepted, so get there early or be prepared to wait.

I never have pasta when I eat out, because I can cook it perfectly well at home myself. The only exception to this rule is Miscusi, definitely the place to find the best pasta in Milan!

Miscusi has two branches, each serving fresh pasta made onsite with a variety of sauces and toppings – including traditional ragù (what the rest of the world calls bolognaise), tomato and basil sauce, pesto, and my very own favourites – carbonara and cacio e pepe, a simple but delicious Roman recipe of pasta with cheese and pepper.

There are also excellent pansotti, a Genoese kind of ravioli filled with vegetables and topped with walnut sauce. Yum!

I’ve already mentioned this restaurant in my trattorie post, but I’ll mention it again – Da Pino is one of the few surviving cheap Milan traditional restaurants near the Duomo, serving a selection of down-to-earth dishes including vegetable soups, risotto alla Milanese (with saffron) or with parmesan, bollito con salsa verde (boiled meat, a lot nicer than it sounds) and more.

The menu changes daily according to availability and the seasons, and the vibe is very friendly – the menu is in only in Italian, but staff is happy to help.

Looking for Food Tours in Milan? Check out these options!

This is one of my all-time favourite restaurants and a great option for a cheap vegetarian lunch near the Duomo. La Vecchia Latteria is a tiny old-style restaurant serving up comfort veggie food like stuffed onions and zucchini, baked or grilled vegetables and a delicious aubergine parmigiana. It’s mostly a lunchtime place, but it stays open until aperitivo time.

If you want more veggie inspiration, check out our post about the best vegetarian restaurants in Milan!

Burgers is another thing that Milan does very, very well. Once upon a time, I was looking forward to my yearly trip to London in winter to eat burgers, but there’s no real need for that anymore.

Once again, it was hard to come up with only one place for this list – at the end, Al Mercato made the cut. I love the quality of ingredients, the fact that you can build your own burger with a wide choice of ingredients like cheddar, gorgonzola, bacon, avocado and even hummus and foie gras, and the place is really cool and feels like an actual restaurant rather than a takeaway joint. Make sure you get the onion rings to share – they’re the best I’ve ever had!

You can’t very well say no to gelato in Milan, can you? If you find yourself near the Duomo, take a 10 minute walk to Pave – in my opinion, this is the where you’ll find the best gelato in Milan! The shop is small and kind of hidden away, and flavours on offer range between traditional (vanilla, hazelnut, chocolate) and creative (bread and butter, tarte tatin). Trust me, it really is the best gelato in town!

This is, far and away, the best Chinese restaurant in Milan, and a great addition to this selection of Milan cheap eats – it was recommended by a Chinese friend, I’ve been dozens of times over the years without ever being disappointed.

Why? Because it tastes like ‘real’ Chinese. Anyone who’s been to China will understand. Some of the dishes we order regularly are ‘scodella di fuoco con calamari’, a spicy calamari stir fry, steamed ravioli with meat and prawns, sweet and sour pork, steamed sea bass and fried prawn balls.

The restaurant has 4 branches – but for some reason, the one on Via Casati is the best.

P.S. They even have chicken feet on the menu!

Ok, many may wonder that panini are street food and have no place in a list of cheap restaurants – but in Milan, there are plenty of places serving gourmet version of panini, that can be a great option for those looking for cheap places to eat.

In my opinion, the best panino in Milan is the one from PaninoLab, with two branches not far from Navigli and a wonderful selection of panini made with stone-ground flour and mother yeast. Top-quality ingredients make the menu really mouthwatering – I love the Charlotte, stuffed with homemade pulled pork, and the Bra, with raw sausage, parmesan and olive oil. Bra sausage is actually meant to be eaten raw – and it’s delicious. You can order the panini in full or half versions, or go for ‘cicchetti’ (tartines) – perfect to share as a starter!

I must admit, I didn’t know the name of this gyros place before I started researching for this article. I’ve been to this place a million times, but for me, it was always ‘the Greek place near Navigli’, the best place in town to go for a gyros, the Greek version of doner kebab, with softer bread and tzatziki instead of the ubiquitous ‘red and white’ sauces.

Pork and chicken gyros are perhaps the most popular dishes, but you can also try other Greek favourites like souvlaki and moussaka – another great place to eat in Milan on the cheap!

Ethiopians and Eritreans are Milan’s first immigrants, having lived in the Porta Venezia area since my father was a boy in the Sixties. You’ll find at least a dozen restaurants in the streets around via Melzo, Via Casati and via Palazzi, all serving a similar menu of zighini (spicy beef stew) and injera (fermented pancake-style bread). The stew is served on a giant pancake that is shared among all diners, and traditionally no cutlery is used.

Kilimangiaro is the best restaurant in the Porta Venezia area, in my opinion. Vegan dishes are sometimes on offer during Advent and Lent.

I’ve been a big fan of Korean good for about 15 years, since I first came to this restaurant near Viale Abruzzi, the first Korean to open in town. If you’re new to Korean food, think LOTS of garlic and chili, and the ubiquitous kimchi, a pickled cabbage which is to Korea what pasta is to Italy.

You’ll get dangerously close to the 25 euro limit here, so your best bet is not to go crazy with starters and drinks. My fave dish is bibimbap, a rice and vegetable dish cooled in a stone pot. 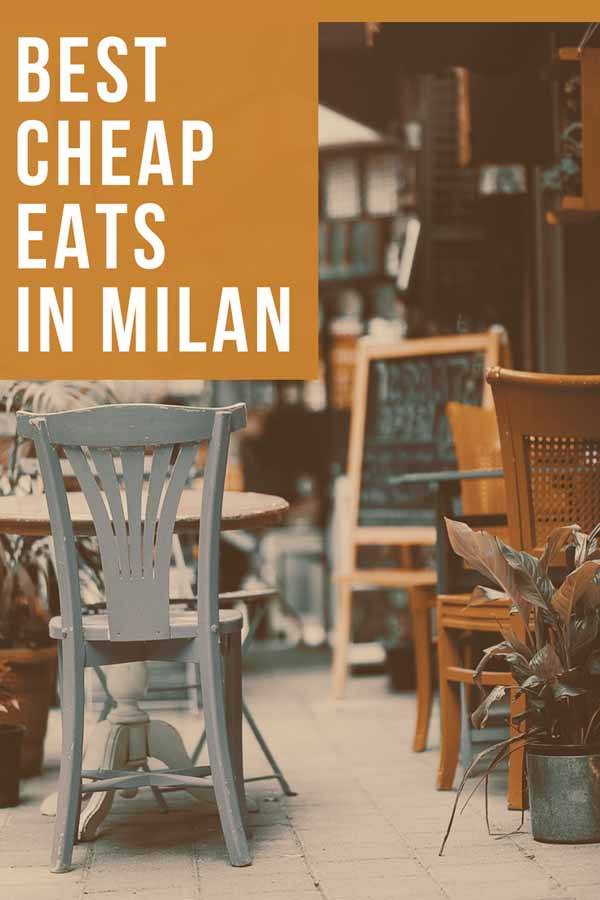 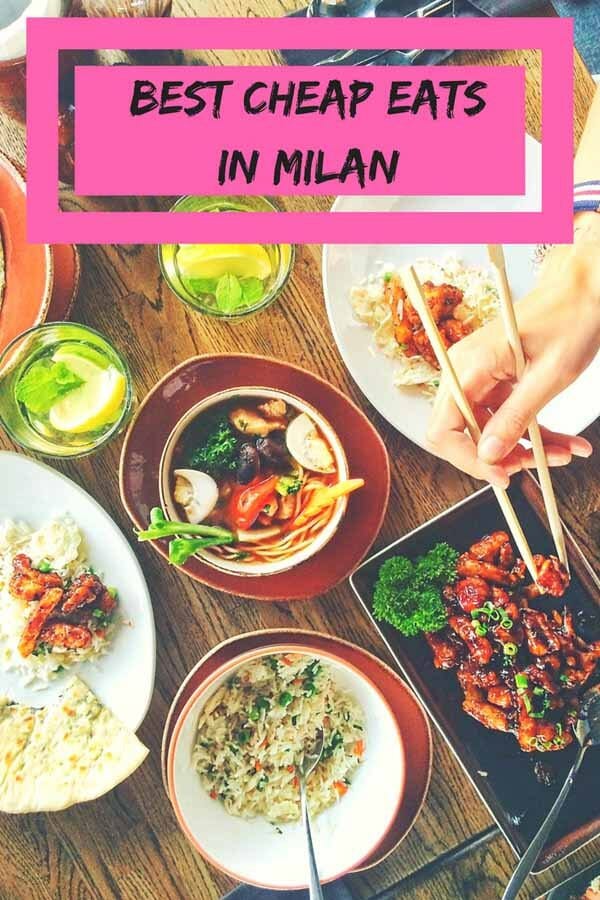 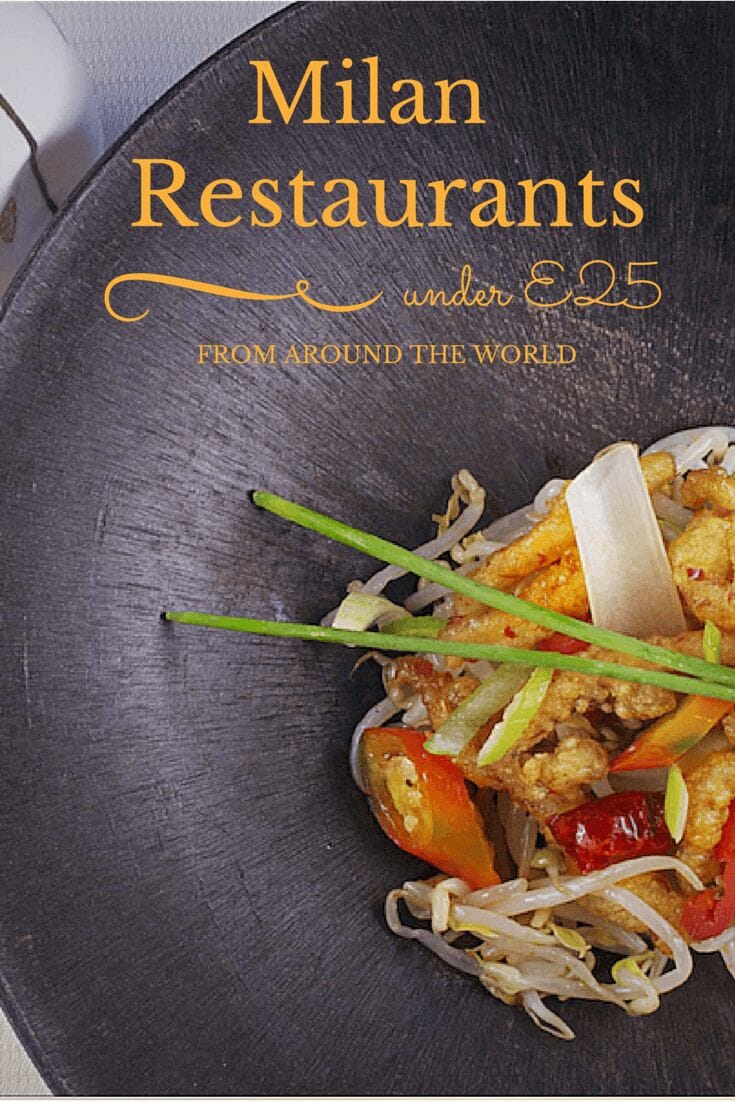 Visit Bethlehem – The Perfect Day Trip From Jerusalem
Next Post: Hiking the Via degli Abati – A Complete Guide