There are many interesting things to do in Italy in January. Hopefully, you’ll consider visiting Italy in this season. The country has plenty to offer beyond the “popular months”, and with a little research and an open mind you could discover a truly wonderful experience!

If you love your peace and quiet, January is the perfect time to visit Italy. With fewer tourists around, the streets are quieter and there are more opportunities to meet local people celebrating the season.

Italy in January is quite cold. You wouldn’t be wrong to call it the coldest month of the year. But don’t let the weather dampen your high spirits, because there are other benefits to vacationing here at this time of the year.

One of them is that you can enjoy the variety of ski centers available. Italy’s mountains experience a surge during this month as people are visiting them to ski, snowboard, or just hike along the snowy mountains. And if mountain activities aren’t your thing, there are beautiful towns and cities like Venice, Florence, and Rome which you can visit with few tourists at this time of year.

Due to the low tourist season, prices for bookings and guide tours are quite affordable, so that’s another plus.

If you’ve decided to go at this time, we have put together a list of seven remarkable places that’ll make your holiday to Italy in January worthwhile. Keep reading to reading to learn what you can expect from the weather and festivals you can enjoy at this time.

Weather in January in Italy

Earlier, we mentioned that Italy is pretty cold in January. So, expect snow, rain, fog, and dull skies, depending on where you are. Simply put, it’s not a season to be out on the beach, so ditch those bikinis and throw in some sweatshirts into your luggage.

In southern Italy, though, the weather may be warm. In these parts, the average temperature can range from 10 to 16°C – so definitely too cold for swimming, but probably warm enough to sit on the beach, especially on a sunny day.

On the other hand, temperatures in northern Italy are around 5/-5°C, often dipping below freezing at night. In the mountains, the ski season is in full swing, so you may expect to find even lower temperatures, especially at night.

Climate change means that snow is becoming scarcer each year, but you may expect all the major ski resorts in Italy to be open in January, with artificial snow in case there hasn’t been any natural snowfall.

Where to Go in January in Italy

If I were asked to describe Trentino, I’d say it’s a beautiful chameleon. This part of Italy experiences significant changes to fully embrace the different seasons during the year, yet, it remains as spectacular.

A favorite thing for tourists to do when they visit is to go skiing on the over 800km of slopes available. Even if you are new to the activity, you can enroll in a practical class with a guide for a small fee. Some really nice ski resorts you can check out are Madonna di Campiglio, Latemar, and Carezza Ski.

More to that is the breathtaking sights at the peaks of the mountains at sundown. Have you heard of ‘alpenglow’? It happens towards dusk when the disappearing sunlight leaves impressionable light effects on the peaks of the Dolomites. Taking a camera to capture the view is a smart idea – and January is the best month to experience it.

This is a mountainous region that has lush green valleys by the side. It has some of the highest-reaching mountains like the Mont Blanc, Matterhorn, and the Gran Paradiso. By now, you must know that with its mountains, valleys, and slopes, it is also a ski hub and home to the famous Courmayeur and Cervinia.

You can find the country’s first national park – Parco Nazionale del Gran Paradiso here. This valley is also home to some medieval castles. Some of the castles, like the Fénis Castle, date as far back as the 14th century.

When it comes to the cuisine, the people of Valle d’Aosta are the kings of cheese, especially the fontina. It is a staple in most of their dishes. As most people put it, one taste doesn’t do it. 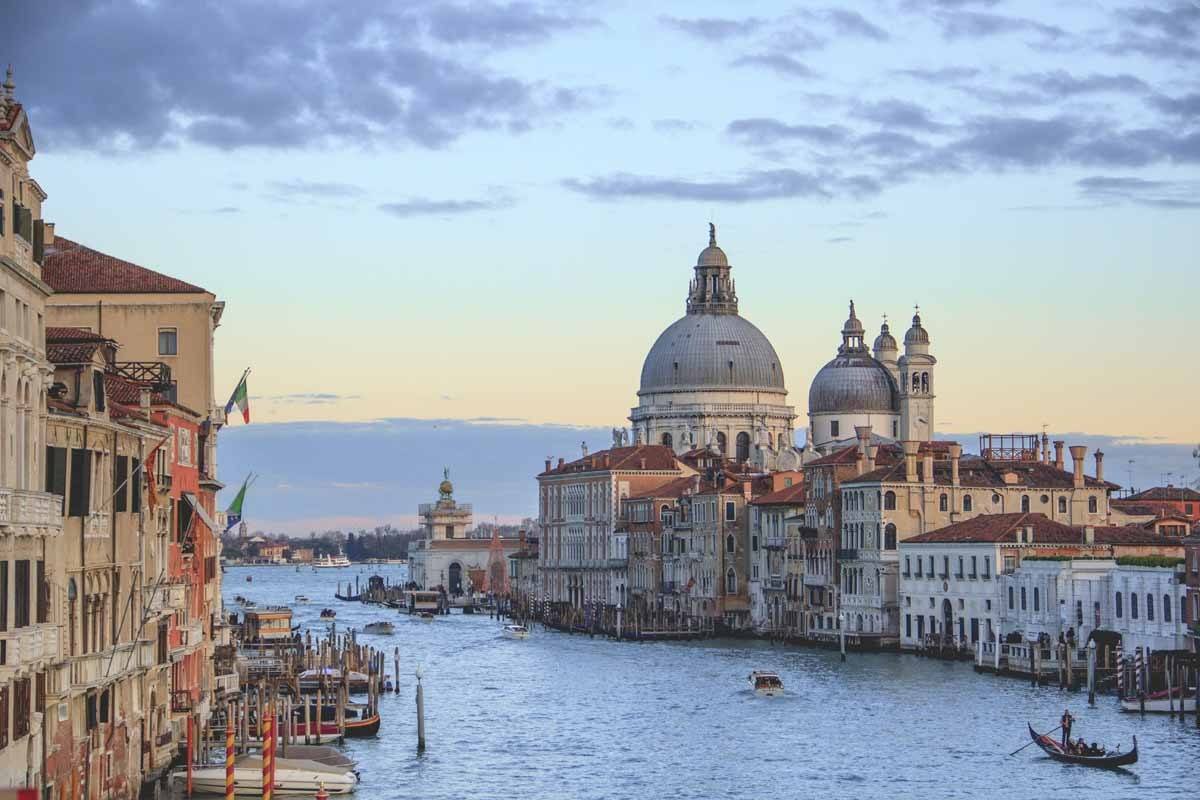 You’ll agree with me that romantic getaways hit differently in winter. If that’s what you’re aiming for, then Venice is the perfect destination for you.

This old city is rich in history and cultural heritage. While you’re here, you can climb the Campanile di San Marco, visit St Mark’s Basilica and St Mark’s Square, and the Ponte di Rialto.

It doesn’t snow much here; it mostly rains. So, when planning what to pack, you don’t need to plan for snow. 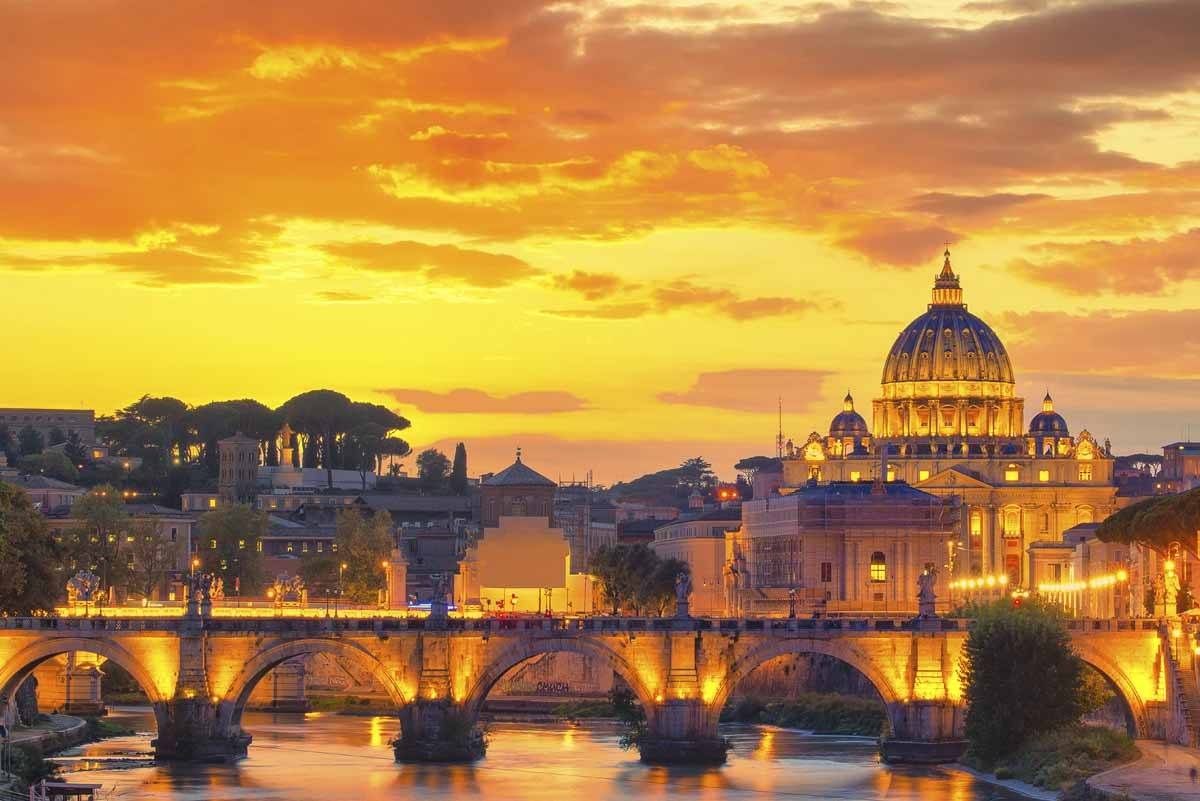 This list wouldn’t be complete without Rome. This old but beautiful city is filled with sights upon sights. No wonder it’s usually packed full in the summer. However, it’s quite calm in winter – especially in January.

There’s a fun activity for everyone. If you’re an opera lover, Rome has one of the most famous theaters in Italy – the Teatro dell’Opera. In January alone, there’s an open chance to see noteworthy performances, perfect to beat the cold on a cold January night

Football lovers can attend live matches in their stadium. And history freaks have a good number of museums and other notable historical landmarks (Capitoline Hill, Colosseum, Roman Forum, Castel Sant’Angelo, Baths of Caracalla…) With an attraction pass, you can even visit these sites for a lesser fee on days when there are not many tourists.

Just one word of warning – don’t forget to book your tickets for the Vatican Museums! The queues are super long, even in January!

The Amalfi Coast is known for more than its beaches. So even if you are not able to chill at the beach, there are tons of other fun activities to explore in January.

For example, Sorrento is known for its winter sales. You can get everything from Italian bags to handmade Italian clothes and shoes for a fraction of the actual price.

Also, the coast is surrounded by small villages you can visit. There aren’t many tourists at this time, which means you don’t have to worry about traffic. You can also visit Pompeii and Herculaneum without having to wait in long queues under the sun.

Accommodation at this time is also cheap, and if you’re fortunate enough, you might get a space offering you a nice view of the water.

Tourists take advantage of the weather in the continental region to ski in the Apennine range of the Gran Sasso mountains or go hiking. The castles here are some of the finest in the land. They are high on the mountains and afford mesmerizing views of the land beneath. Some, like Rocca Calascio are as tall as 1460 meters above sea level.

While you’re here, you want to take a swig of the Vino Cotto. It is a local drink of the people there. It was used to preserve wine in the past. It has a sweet and sour taste and is a nice treat to warm up on a cold day.

This is a beautiful island in Italy where you can get one of the mildest weather during winter in Italy. Skiing is also a popular activity here during the winter months. There is an active volcano some distance from the city, Mount Etna. It has smooth trails which visitors are welcome to ski at a cheap rate during their stay.

There are also geothermal hot springs like the Santa Venera Pozzo, which has water coming from the sulphuric base of the volcano. In January, these hot springs are a better substitute for beaches.

Sicily also accommodates some captivating art galleries and museums. The Francesco Pantaleone Arte Contemporanea gallery is situated in Palermo, the largest town in Sicily. Some persons refer to it as the pioneer of contemporary art in that location.

Lastly, the garden of Kolymbetra is a pretty place to visit in January. You can find it within the Valley of the Temples. It is a well-irrigated citrus garden framed by historical monuments.

January Events and Festivals in Italy

Italy is a place quite rich in festivals and cultural celebrations, and the first day of the New Year is among these festivals. It is a public holiday and this means that after ushering in a new year, most Italians chose to spend the rest of the day either touring recreational locations or relaxing at home.

Italians like to celebrate Christmas holidaya up to the 6th of January.

On this day, Italians celebrate the good witch, Befana who is depicted as an old lady. The main aim of this festival is to give gifts to children. The biblical Epiphany feast was when the three wise men visited the newborn Jesus with gifts. This same tradition is depicted in the Italian fairytale version where those men invited a good witch to join them. Although she initially refused to go, she later tried to catch up with them. Unable to find them, she gave the gifts she was carrying to other children.

Italians continue to celebrate this festival every year. You can see them dressed in costumes and engaging in the regatta of Befana – a boat race in a lagoon. A mass is also held for the Christians in St Peter’s, and people attending carry along gifts for the pontiff.

Looking for more month-by-month Italy guides? There you are!

A Sustainable Guide to Ventotene Island
Next Post: 20 Best Day Trips from Florence