Are you planning a weekend in Milan? Are you looking for an easy Milan itinerary to spend 24, 36 or 48 hours in the city? Here we’ve covered all the essentials, everything you need to know to spend the perfect long weekend in Milan – or even a short one!

If you’re only in Milan for 24 or 48 hours, and you only want to experience the ‘main’ sights in town, this guide will suffice – just print it out; you won’t have to sift through those dusty guidebooks, and you’ll see what Milan has to offer for a short stay.

On the other hand, if you’re after more ‘alternative’ stuff, check out these posts – 35 free things to do in Milan and alternative & hipster Milan! And read here if you need help on how to travel from Milan to Venice.

We always recommend booking a guided tour if it’s your first time in town – here is a selection of Milan’s best (and coolest!) guided tours!

Let’s start with the main landmark in the city, not-to-be-missed during your weekend in Milan!

I’m sure you were familiar with the Duomo even before you came to Milan. The Gothic, pink-marble façade of Milan’s cathedral is the city’s most iconic sight, and truly a spectacular one – even if you just have 24 hours in the city, you can’t miss it!

If you want your jaw to drop to the floor, get off the Metro at Duomo station and climb the stairs to the Piazza. Duomo will be there to greet you in all its splendour, with spires reaching up to the heavens and the shimmering golden statue of the Virgin Mary, ‘la madunina’, surveying the city from the tallest spire of all.

I love walking around the Duomo, taking pictures from all sides. Yes, the façade is stunning (it reminds me a bit of a wedding cake), but you can also get amazing views of the sides from Corso Vittorio Emanuele and of the back from Piazza Fontana.

Don’t miss entering the Duomo – be aware that a €2 charge has been introduced now, so it’s no longer free, but it’s worth the queue. It’s worth wandering in to look at the wonderful stained glass and statues, including the scary one of St Bartholomew Flayed holding his own skin.

After visiting the inside, climb up to the terraces if it’s a nice day – it costs €8 on foot and €13 if you want to take the lift, which may sound steep, but you’ll thank me later.

On the right hand side of Piazza del Duomo, there you have it – Milan’s ‘drawing room’. Save yourself some $$$ and ditch the exorbitant bars and restaurants, but by all means have a walk around and look at the glass dome, frescoed walls and mosaic floors.

On the left hand side of the Galleria you’ll always find a small crowd around a mosaic bull on the floor. It’s a Milan tradition to spin on the bull’s balls three times with your heel – so much that the bull’s nuts are periodically retiled. Kind of our own cheapo version of throwing a coin in the Trevi fountain.

At the far end of the Galleria, you’ll find the very famous Teatro alla Scala, but more on this later!

Quick Lunch in the City Centre

Since there’s so much to see and do even just in a weekend, we recommend having a quick lunch on the go – Milan has great street food options, but they’re mostly located around the Navigli area. If you want to stay around Duomo for lunch we recommend a quick slice of pizza from Spontini or a panzerotto from Luini (both a stone’s throw from Duomo Square) or a nice ice cream from Cioccolati Italiani.

Alternatively, pack a picnic and head to Castello Sforzesco and Parco Sempione!

Another of Milan’s iconic sights and something you can’t miss visiting even if you just have a long weekend in Milan! This was the home of Milan’s rulers in the 15th century. Leonardo da Vinci lived here for a while, working on the Last Supper and some of his Codexes. The Castello now contains several museums and galleries, including one dedicated to Egyptian art and a musical instrument museum.

Don’t miss Leonardo’s fresco in the Sala delle Asse, part of the Museum of Ancient Art, and the Pietà Rondanini, Michelangelo’s last masterpiece, that now is in its own dedicated museum.

If you’re not a museum person (like me) have a walk around the castle, looking at the imposing towers and moat all around it, and see if you can spot some cats – there’s a huge cat colony living in the castle moats, well taken care of by a dedicated group of volunteers!

Take a break in one of the castle’s courtyards, or just head straight for Parco Sempione!

I’ve lost count of the times I referred to Parco Sempione (or heard others refer to it) as Milan’s Central Park, but it’s pretty accurate. It’s Milan’s best park by far, a place where you can laze on the grass and have a picnic, play frisbee, or go sightseeing, since it’s a sight of its own right, just like its NY cousin.

So, what’s there to see in the park? A collection of buildings of different architectural styles, like the Art Nouveau Acquario, or Fascist Triennale with Torre Branca right next to it, from where you get a great view of the city. Another great sight within the park is De Chirico’s Fountain of the Mysterious Baths, a veritable piece of modern art. Read this post for more info about the best parks in Milan!

If it’s evening, head over to the Arco della Pace (the big arch at the far end of the park) for aperitivo!

Aperitivo (also called ‘happy hour‘) is a Milanese institution. Starting from 6pm, people leave work and meet for a drink and a snack at one of Milan’s bars. The snack can take different forms – from crisps, olives and peanuts to full-blown buffets, where you can fill your stomach for under €10.

To be honest, I’m not a big fan of huge happy hour buffets. But many people are. So, since you’re in Milan, you may as well try it for yourself. Here are the main areas for aperitivo and nightlife in general:

Another of Milan’s must-see sights, Leonardo’s famous fresco can be found in the refectory of Santa Maria delle Grazie, near Corso Magenta and not far from Castello Sforzesco.

Getting tickets is likely to be a real chore. Similarly to what I said about Scala, they go on sale about 2 months upfront and are snapped up by travel agents lightning-quick.

Success is not guaranteed, especially during busy times – a much easier option is booking a Last Supper tour in advance!

Mmmmm…. not my favourite topic. But since you’ve asked, there you go – Milan’s best shopping hotspots.

Lunch in a Trattoria or Brunch

If you’re spending a weekend in Milan and your Day 2 is on a Sunday, we recommend opting for brunch on your second day – there are lots of cool brunch spots in Isola, a neighbourhood near Garibaldi station – Deus and Capra e Cavoli are two examples, or you can head to the legendary brunch at the Sheraton Diana Majestic Hotel.

During the week, lunch is the ideal time to visit one of Milan’s traditional trattorie, family run restaurants serving affordable local specialties. Here are my five favourite trattorie in Milan – some of them are away from the centre, but they’re worth the detour!

Besides the Castello Sforzesco museums I’ve already mentioned, here are some more of Milan’s best museums and galleries. If you’re not into shopping, or the weather is not the greatest, spending the afternoon in a Milan museum is actually a great idea – check out the options below!

Dinner – A Nice Meal at a Restaurant

And what about dinner? There are so many restaurants to choose from in Milan that it’s hard to list them all here. Here are some of my posts about restaurants in Milan, but feel free to get in touch for extra info! 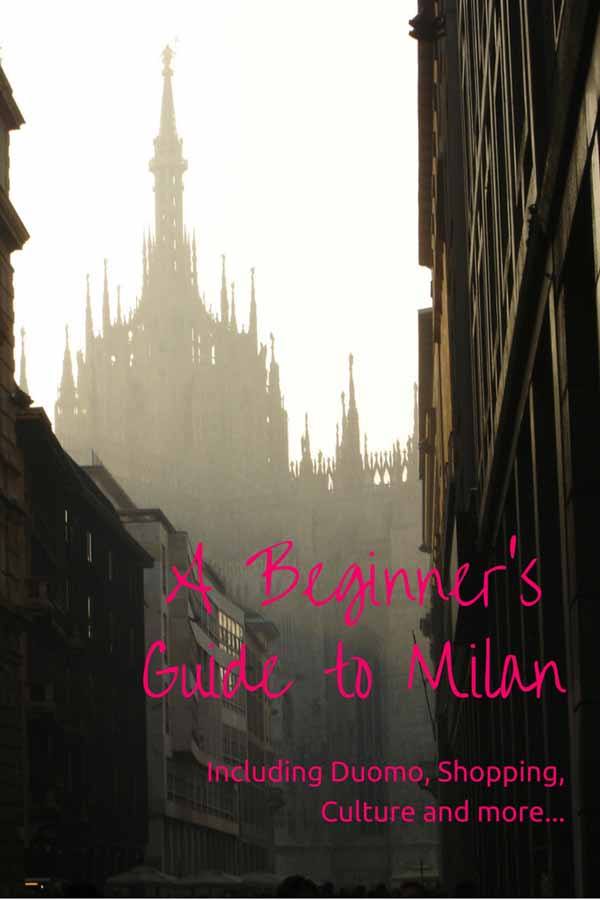